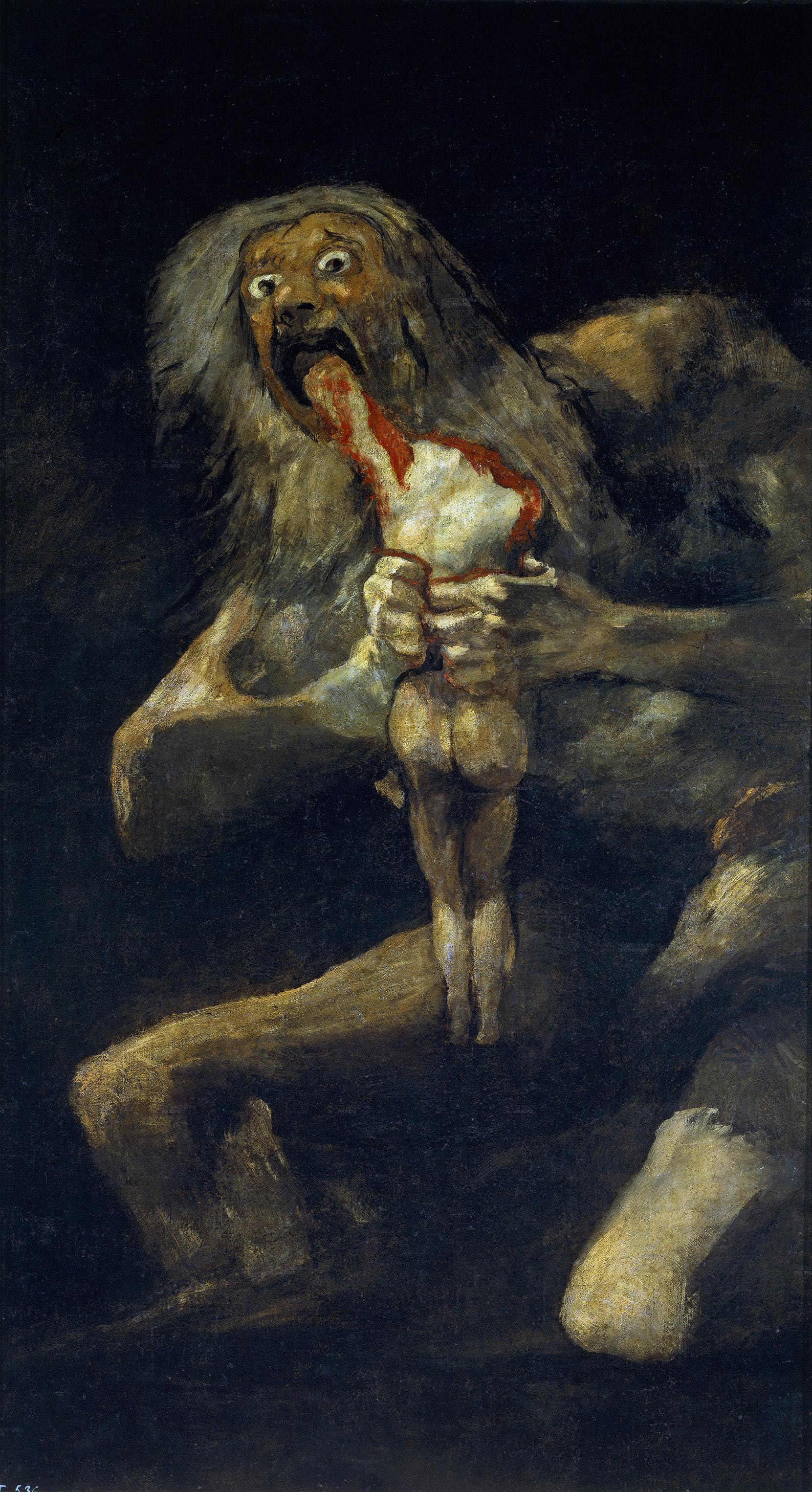 This painting was originally a mural on the wall of Goya’s house Quinta del Sordo near Madrid. Around 1874 (almost 50 years after his death) it was transferred to canvas along with some of the other murals and donated to the Museo Del Prado. Goya was old, deaf and bittered by the civil strife in Spain and painted a series of 14 black paintings, both referring to their dark colors and their dark themes.

This painting is based on a Greek myth about the time before Gods and men: the titan Cronos (Saturn) had learned from his mother Gaia (earth) and father Ouranus (Sky) that his reign would be overthrown by his own son. He was married to his own sister Rhea and each time she gave birth to a child, Cronus ate it. When she gave birth to Zeus (father of Gods and Men) she hid the child in a cave, giving Cronus a stone wrapped in clothes.

Peter Paul Rubens had painted the same scene in 1636 – disturbing in its own right due to its cannibalistic depiction of eating a child- but Goya’s is more disturbing. The red of the blood offers a stark contrast to the earth tones of Uranus and the headless body of the son, stressing the horror of what is happening. But what makes it truly haunting are the eyes of Saturn showing a combination of despair and complete madness.