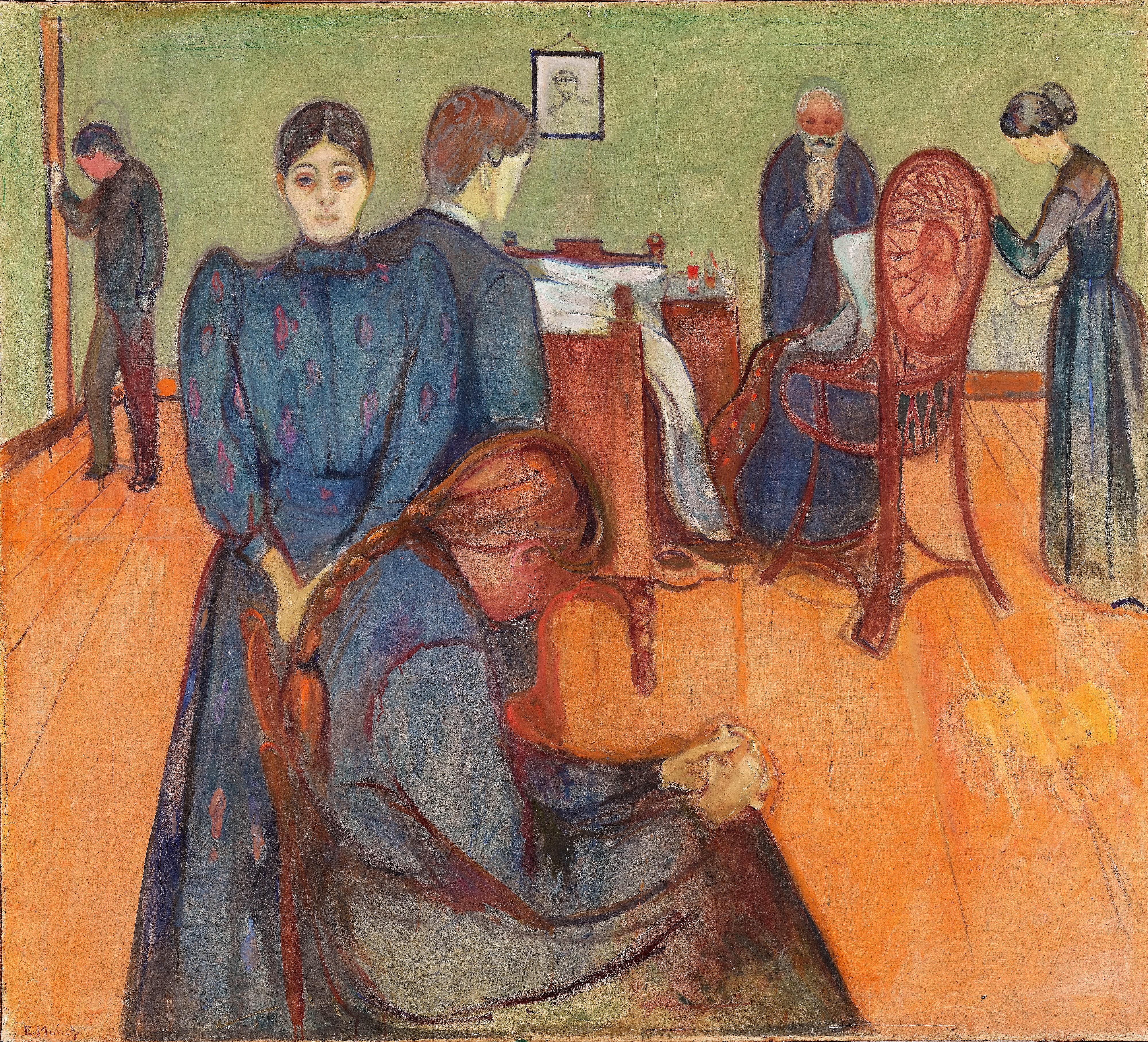 Tuberculosis is a potentially deadly infectious disease caused by bacteria, Mycobacterium tuberculosis. Roughly one-quarter of the world’s population has been infected, but in most cases, this doesn’t lead to active tuberculosis. Before the development of the antibiotic streptomycin, tuberculosis was a major cause of death, especially in the 18th and 19th century. The mother of Edvard Munch, famous for his painting The Scream, died of it in 1868 when he was just five years old. Around 1876 he contracted the disease himself and survived, but his older sister Johanne Sophie died from it a year later at age 15. This period in his life had a huge impact on Munch, which expressed itself in the paintings he made during the rest of his life. The death of his mother was the subject of The dead mother and her child (Den døde mor og barnet in Norwegian) which I will leave for a future post. The sickbed and death of his sister Sophie, was the subject of a number of paintings and drawings. Death in the sickroom (Døden i sykeværelset in Norwegian )depicts his deceased sister Sophie, sitting in the chair in the back, while her family mourns her death. There are a couple of things to notice here. First of all, the mourners all mourn in their own, lonely way without looking for support from each other. His younger sister, sitting in the chair on the foreground, her head bowed and hands folded together developed a schizoaffective illness, and needed hospitalization until she died of cancer in 1926.
Munch painted two almost identical versions, the one seen above (currently in the Nasjonalgalleriet, Oslo) and the one below (currently in the Munch Museum, also in Oslo). 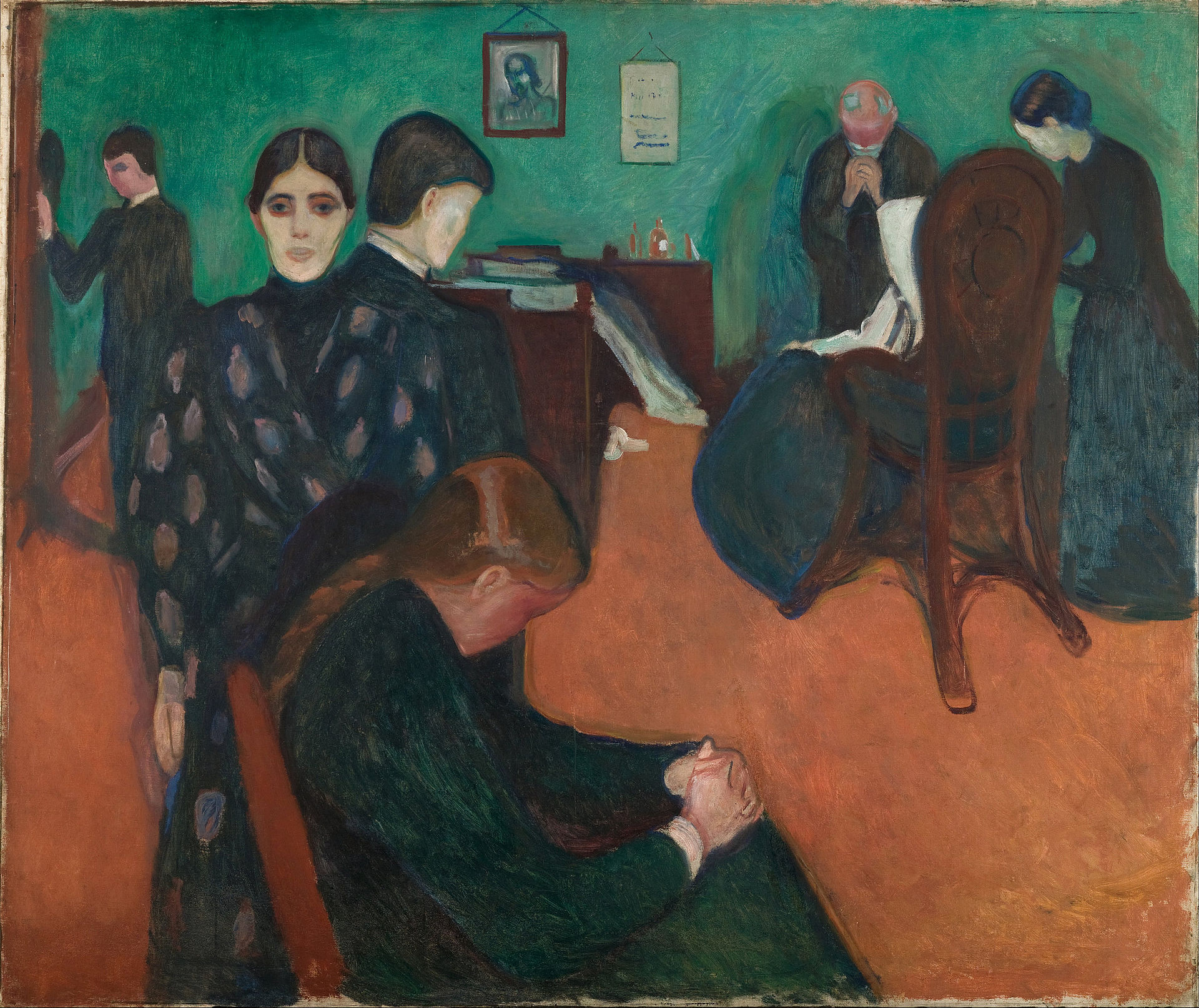