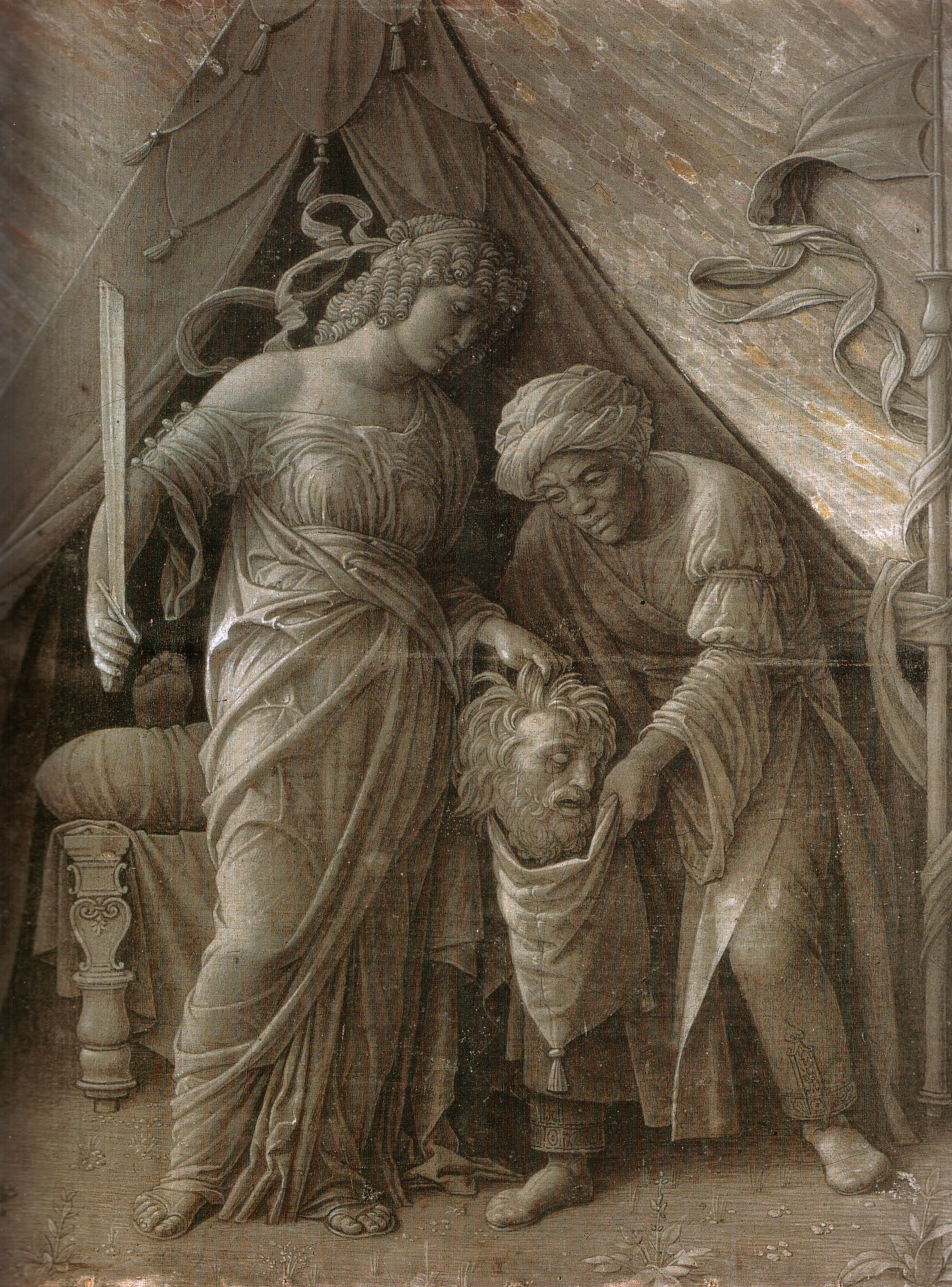 The biblical story of Judith revolves around her going alone to an enemy camp and single-handedly killing their general, Holofernes when he is drunk:

“Judith was left alone in the tent with Holofernes sprawled out on his bed, dead drunk.

Now Judith told her servant to stand outside of the bedroom and to watch for her to come out just as she had done on other days. She said that she would be going out to pray, and she told Bagoas the same thing. So everyone went out, and there was no one left with them in the bedroom, either small or great. Then Judith stood next to his bed and said in her heart, Lord, God of all power, look at this hour upon the work of my hands for the glory of Jerusalem. Now is the time to help your inheritance and to accomplish my plans to destroy the enemies who have risen up against us.

Then she went to the bedpost near Holofernes’ head and took down his sword. When she came closer to the bed, she grabbed the hair on his head and said, “Give me strength today, Lord God of Israel.” She struck him in the neck twice with all her might and cut off his head. Then she rolled his body off the bed and pulled down the canopy from the rods. After a little while she went out and handed Holofernes’ head to her servant, who placed it in her food bag.”

They escape and the Assyrians who have lost their leader, disperse, thereby ending the siege.

The story has been the subject of many paintings due to its heroic content and the dramatic culmination of the beheading. Like his Samson and Delilah, Mantegna chose to paint it looking like it was cut in marble. At 48.1 x 36.7 cm. it is relatively small but incredibly detailed.