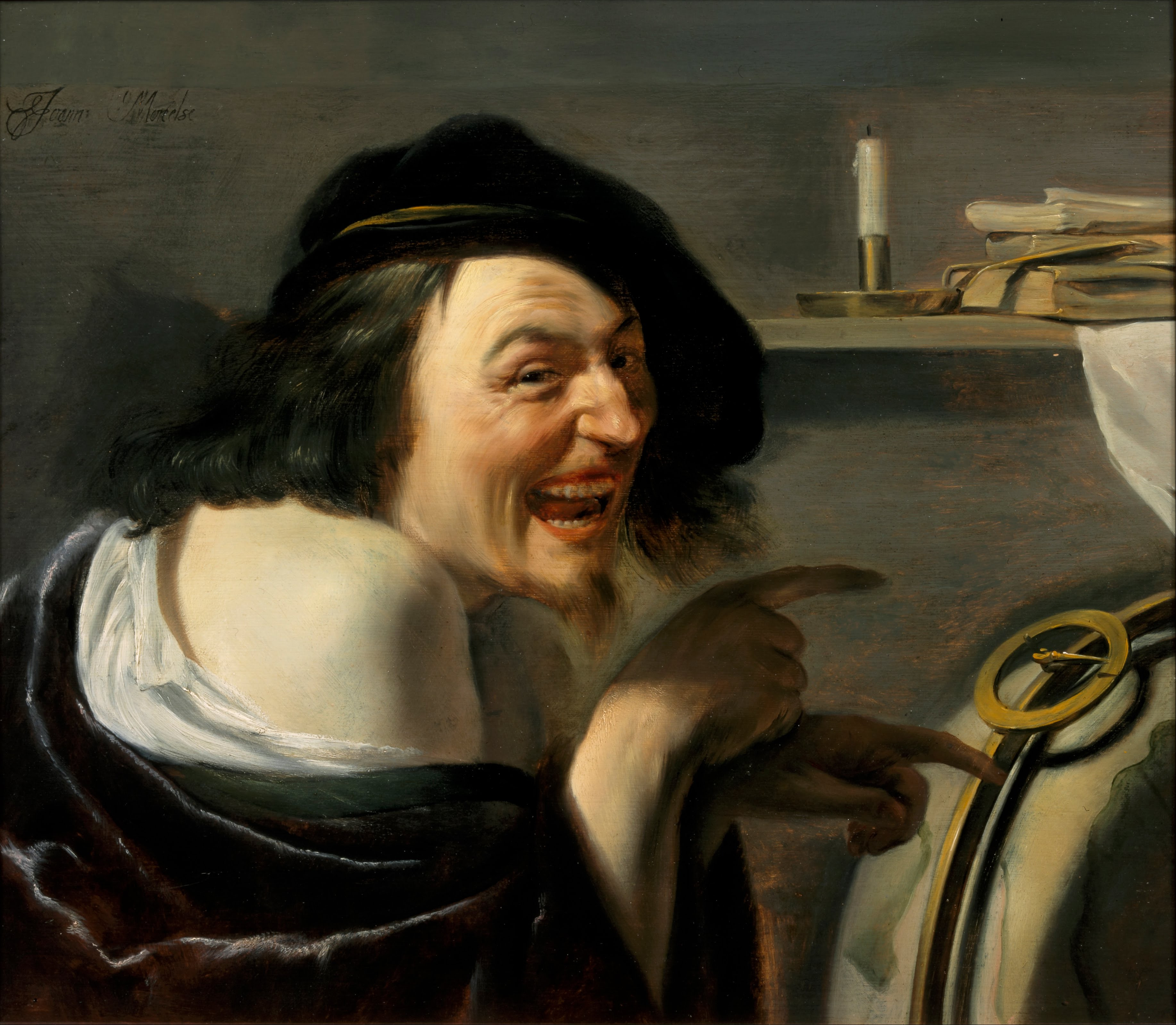 Moreelse was born around 1603 in Zundert and died October 1634 during a plague epidemic in his hometown. Like Dirck van Barburen and Henk ter Brugghen he belonged to the Utrecht school of Carravigisti, and like them, he had visited Rome to study Caravaggio’s work firsthand.

The Greek philosopher we see in the painting is Democritus, who, together with his mentor Leucippus, is well known for his theory of Atomism. He is also known as the laughing philosopher. Compared to his achievements in philosophy his reputation as the laughing philosopher seems to be largely based on anecdotal stories than on his work. It was further fuelled by paintings like this one (Antoine Coypel, Diego Velazquez and Rembrandt van Rijn also painted portraits of him, but none of them as exuberant as this one).

“The most revealing ancient discussion of Democritus’ laughing habit is found in an epistolary novel of Roman date, included among the so-called Letters of Hippocrates – a collection ascribed to the legendary founding father of Greek medicine, but in fact written centuries after his death. The fictional exchanges in this novel tell the story of Hippocrates’ encounter with Democritus. In the philosopher’s home city, his compatriots had become concerned at the way he laughed at everything he came across (from funerals to political success) and concluded that he must be mad. So they summoned the most famous doctor in the world to cure him. When Hippocrates arrived, however, he soon discovered that Democritus was saner than his fellow citizens. For he alone had recognised the absurdity of human existence and was therefore entirely justified in laughing at it.”

Moreelse made a number of versions of Democritus using different angles and different colours, the one above is made in the same period and can be seen in The Mauritshuis in The Hague.