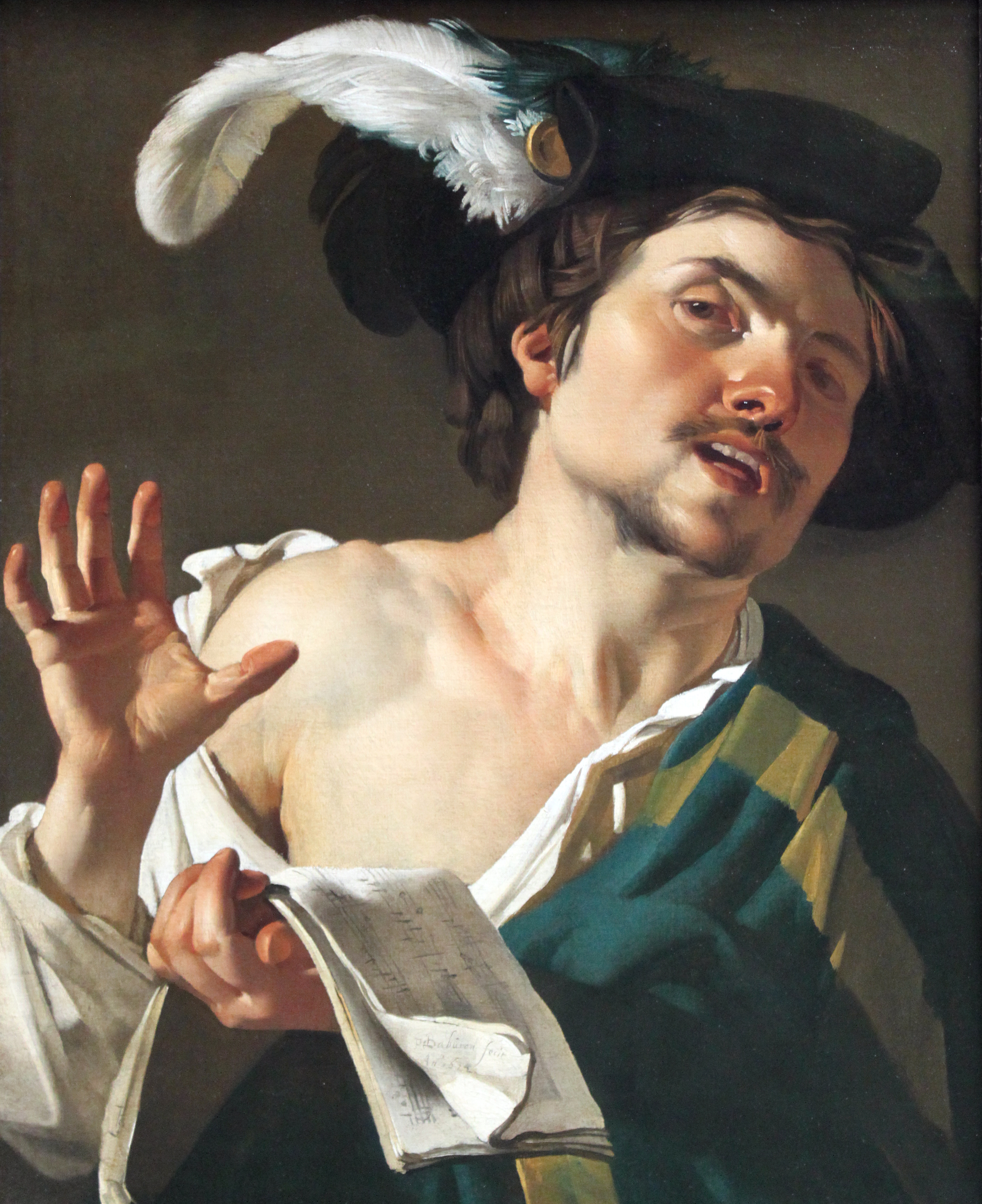 Van Baburen was probably born in the Dutch city of Wijk bij Duurstede and was just seventeen when he travelled to Rome. He saw the works by Caravaggio who had died just a couple of years before and was greatly influenced by them. He stayed in Rome for a couple of years and returned to Utrecht in 1620 and along with Hendrick ter Brugghen and Gerard van Honthorst, helped establish the Utrecht School of Caravaggisti.

Young Man Singing is a great example of the kind of works they produced (Van Barburen himself didn’t leave a lot of works behind). Both the pose of the young man, the colours and of course the lighting closely resemble Caravaggio’s style (but it never comes close to his craftsmanship). Sadly Van Baburen died two years after he finished this painting at the far too you age of thirty