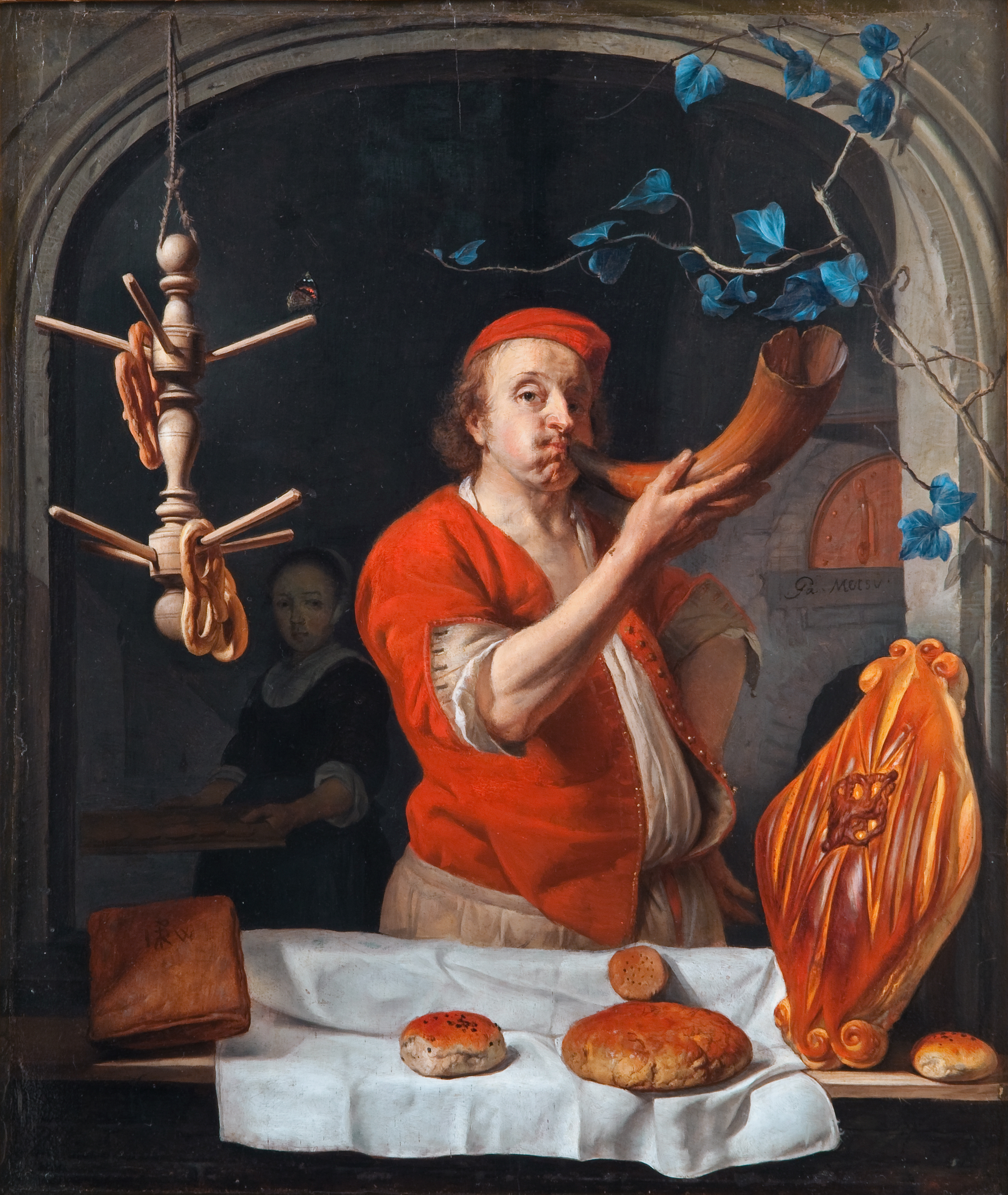 The first question that came to my mind when I saw this painting was “Why is a baker blowing a horn”. After some searching the answer was obvious; bakers blew on their horns to announce to potential buyers their bread just came fresh out of the oven.

On the left, we see ‘crakelincen’ hanging. They came in a sweet and a salt form and looked like today’s pretzels. They were baked hard. Hence the name (crackling) which describes the sound when you bite them.
The standing bread on the right is a ‘duyvenkater’ a light sweet bread which has been made at least since the first half of the sixteenth century and it was to be eaten at Christmas or new year. Originally made in the ‘Zaanstreek’ and Amsterdam, it was subject to various regulations. They were taxed and the city of Amsterdam forbade buyers to buy it beyond the city limits ( in old Dutch: “tegens den aenstaende hoochtyt oft op anderen daghen eenige deuvekaters […] buyten den vryheyt te coopen op den verbeurte van tzelve broet”). The bakers, on their part, weren’t allowed to give them as a gift to loyal customers. This was first fined with 4 guilders per bread and 25 years later, in 1674, this was already raised to a fine of 20 guilders (a steep fine, to say the least).

Bakers blowing the horn was a subject of various rhymes. First, the going around town to announce they had something to sell:

Roughly translates from the old Dutch above:
“Yes boy, blow some on the horn
Blow away the whole town.
Go forth and let everyone know.
Through all the streets: Hot!, Already hot!
For young and old, for all who like it.
To fulfil all wishes and demands.”

Or to mock the baker himself:

“The baker on the corner,
blew his horn last night,
the pieces of his trousers,
They now hang on the windows,
like a buckwheat cake.”