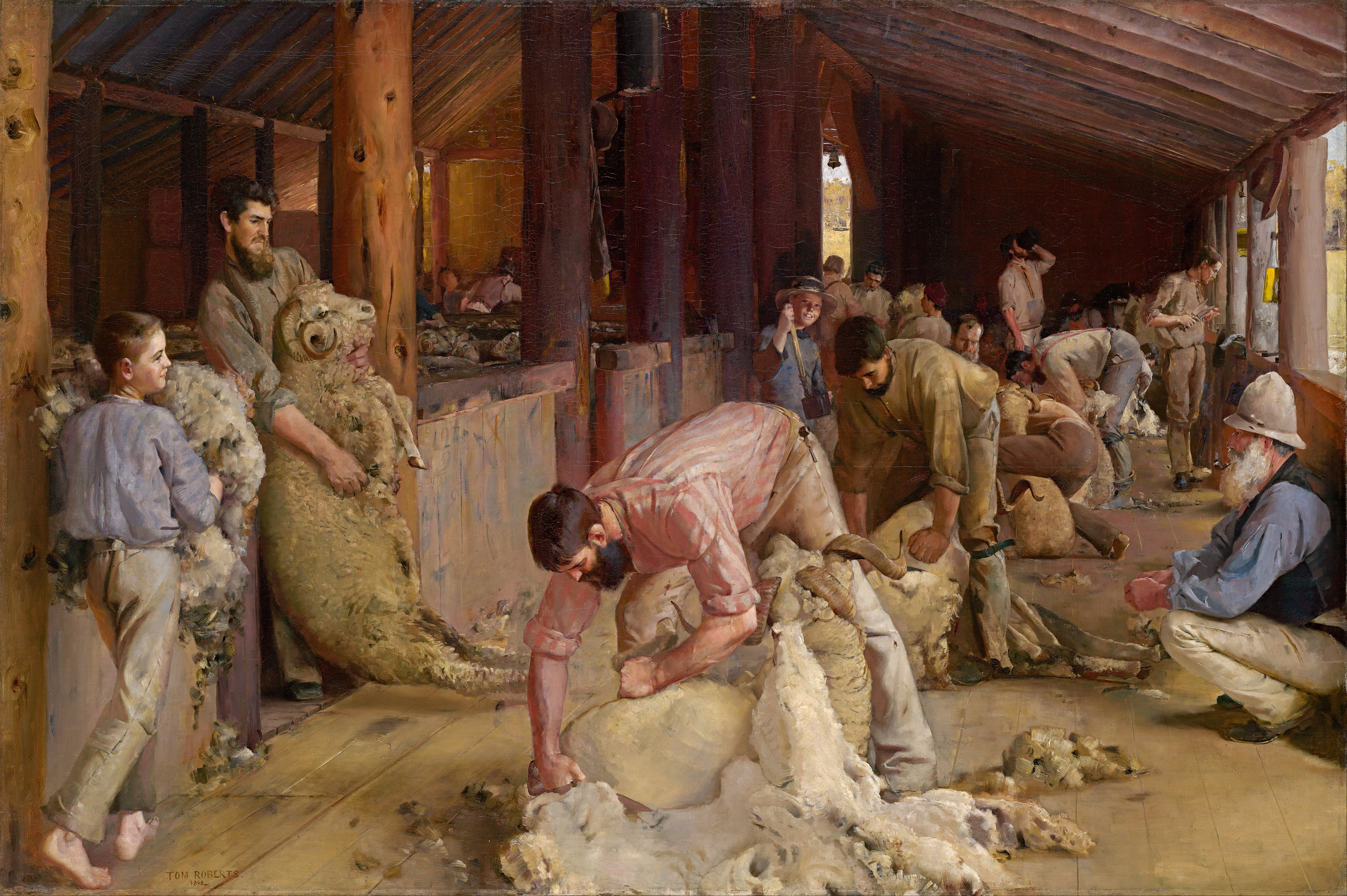 When you think of Australia, famous paintings are probably not the first thing that comes to mind (sheep might be). On July 4h 1890 Roberts wrote a letter to The Argus to explain why he painted this scene:

‘so it came that being in the bush and feeling the delight and fascination of the great pastoral life and work I have tried to express it’.

And he did a thorough job; staring in 1888 he made between seventy and eight sketches, and in 1889 he started working on the final painting in Brocklesby station north of Sydney. Using the most charismatic shearers, he carefully set up the scene of the painting, finishing it in his Melbourne studio in May 1890. The result is a uniquely Australian painting that can be seen in the National Gallery Of Victoria.