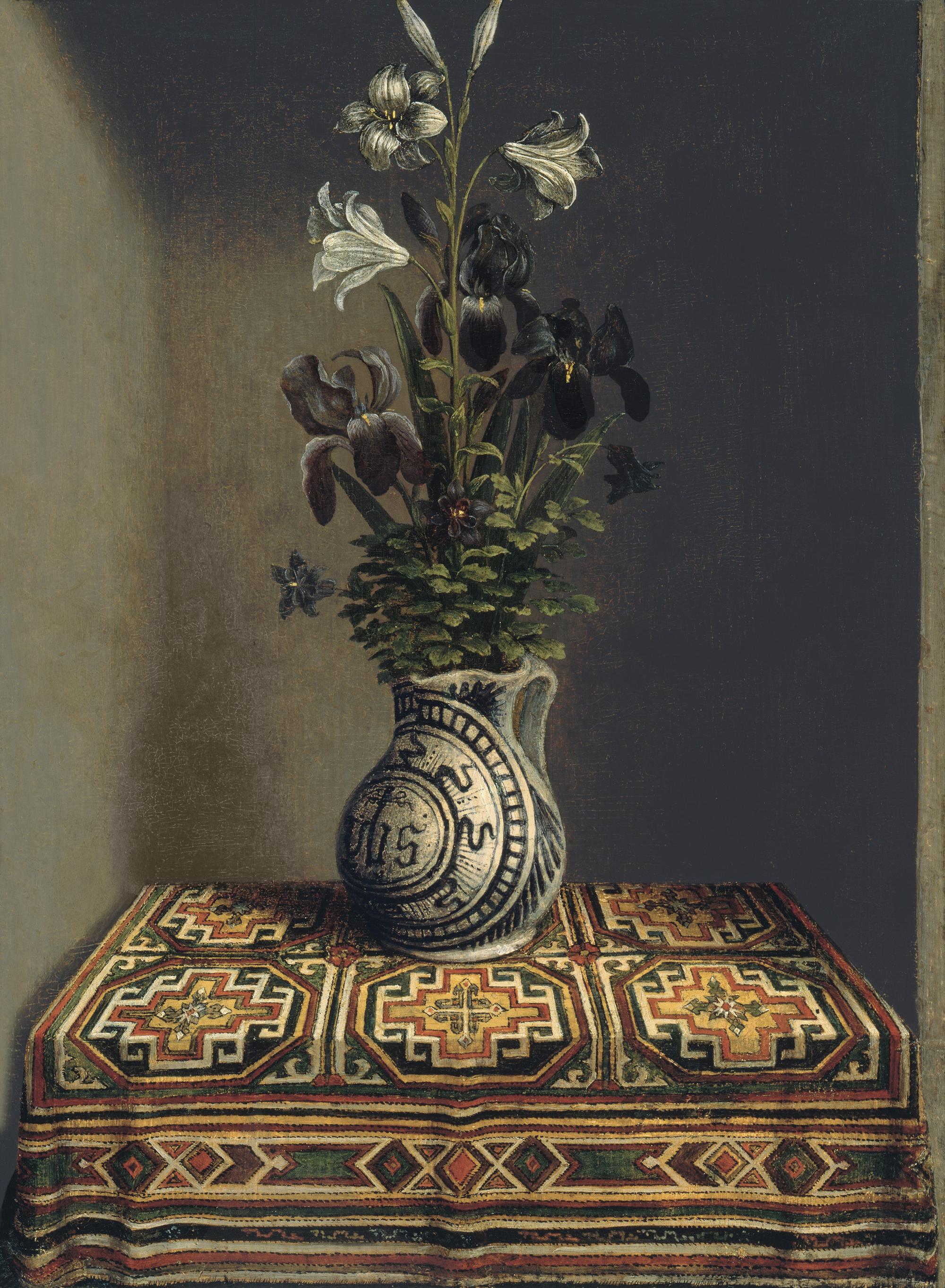 Flowers in a Jug was made around the same time as yesterdays St. John the Baptist. At first sight, there’s nothing religious about it; just flowers in a jug painted on the backside of an oak panel of which the front side shows a portrait of young man in prayer.
But first looks are deceiving; the bouquet consists of lilies, irises and Aquilegias (columbines) which all have specific meanings in Christianity. The white lilies are a symbol of purity, especially since and represent the Virgin Mary. The black Irises refer to the Passion of Christ and the Resurrection (probably because they bloom around Easter). And the small Columbines symbolise the seven gifts of the holy spirit: wisdom, intellect, reverence or piety, strength, advise, knowledge and fear.
To top it all of the small Italian vase that holds them bears the monogram of Christ. That is a lot of symbolism in a painting that measures only 29.2 x 22.5 cm.
The striking and beautifully detailed eastern rug immediately attracts the eye. It was probably Armenian, and because Memling painted several examples of them, they became known as ‘Memling’ rugs.