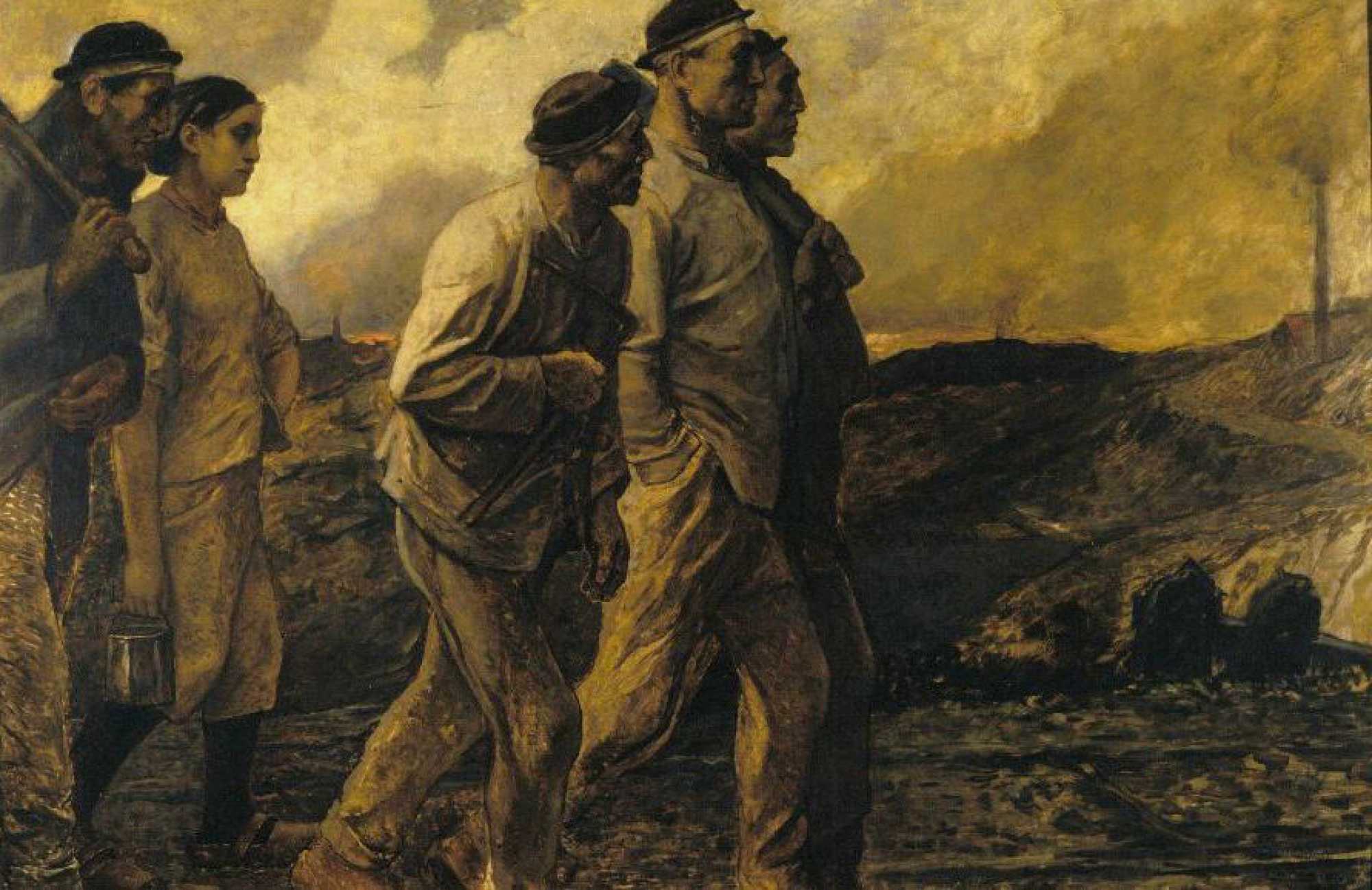 Meunier was a painter an sculptor who started out working on religious themes. When he visited the Belgian mining areas the hard life of the miners impressed him, and he made a number of paintings of the miners themselves and the industrial mining landscape they worked in.
The Return of the Coal Miners is a combination of both; in the foreground, we see the miners who look both tired and proud. On the background, the industrial coal mining landscape with its smoking pipes clouding the sky. Meunier had made a sketch of the almost the same scene (see detail), but the painting shows one person less and the second figure from the left is now a woman. 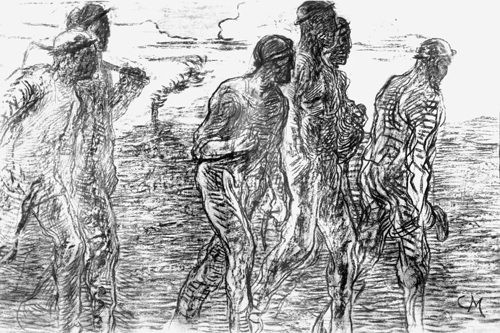 Although Meunier made numerous paintings he became more famous as a sculptor. One of his best works is “Het Grouwvuur” (the Damp Explosion) depicting a scene -where he was present- where after a mining accident a mother sees her dead son. 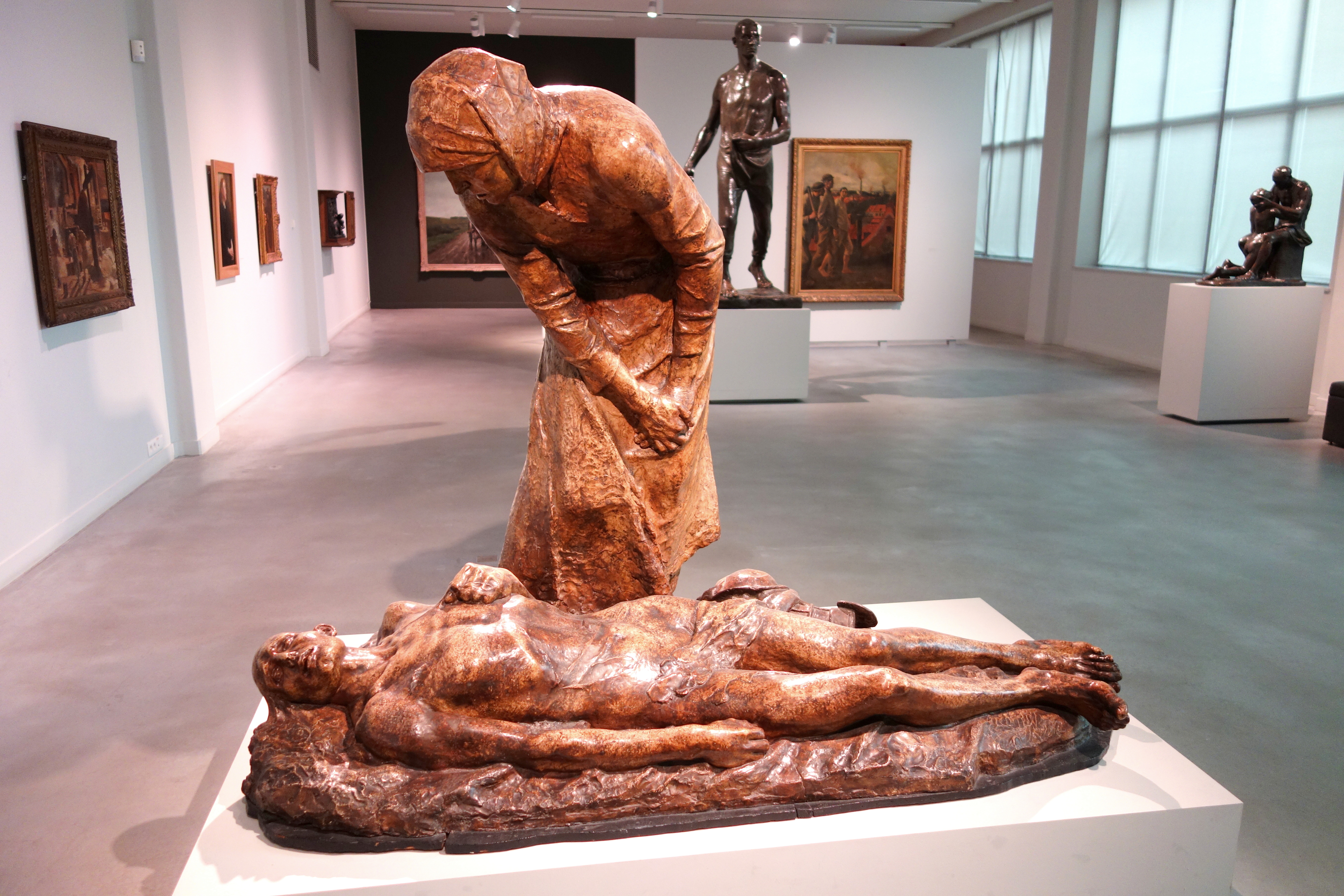