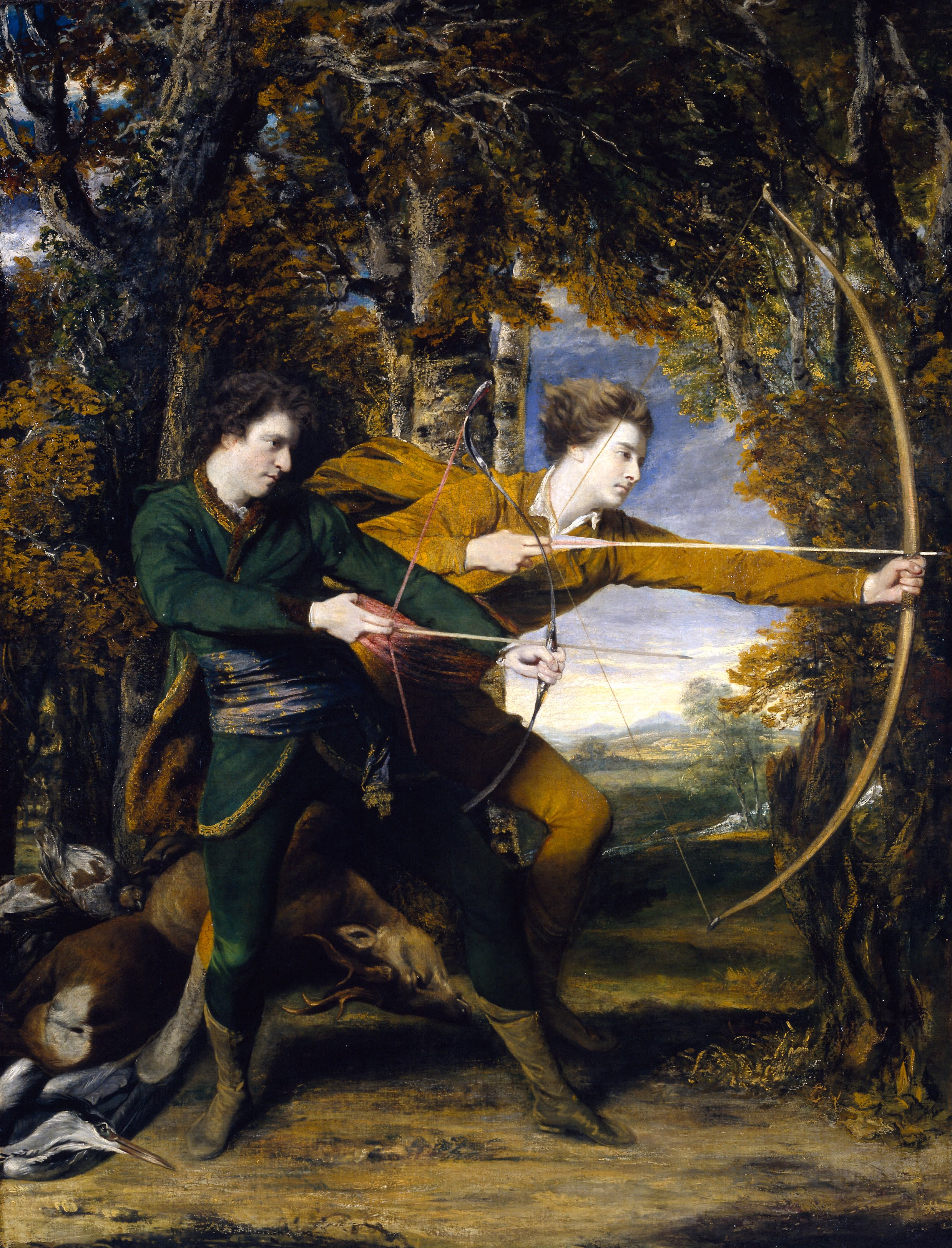 When asked to make a double portrait of Lord Sydney (on the left) and Colonel John Dyke Acland (on the right) he certainly tried to make the most of it. Instead of making it the usual static portrait, he painted them in a more dynamic setting; hunting and on the point of shooting their arrows.
Although it looks very realistic, complete with the game they already killed on the left, the setting is fictitious. The costumes of the men are made up, and in 1769 the preferred way of hunting was already by using guns. Nevertheless, it looks beautiful; some compare it to the earlier Renaissance work of Titian. 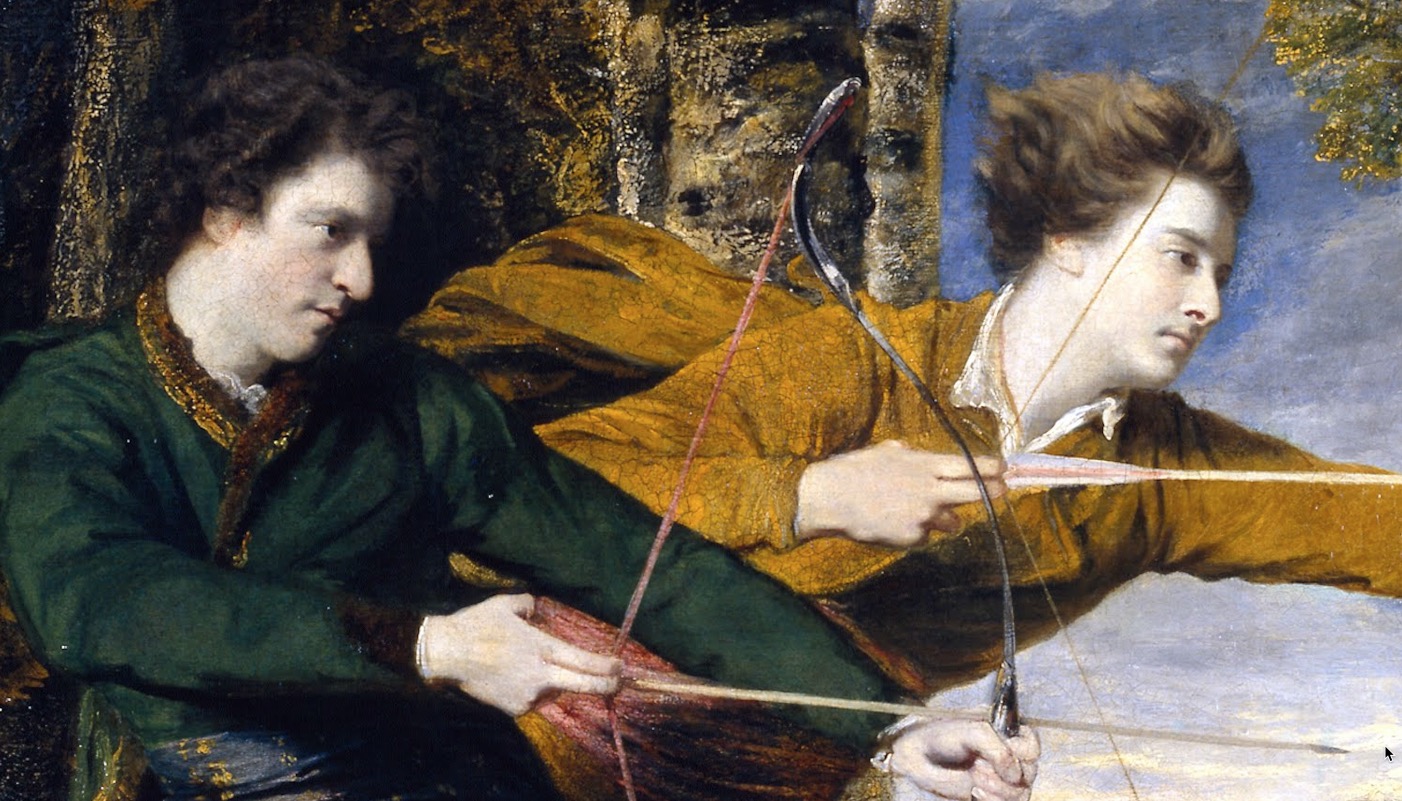 As the detail shows, Renolds was able to capture the dynamics of the moment; the eyes of the men are focused on the prey and are in the process of drawing their bows. Even if you look at the painting now, it is clear both men must have been very happy with the way they were portraited.