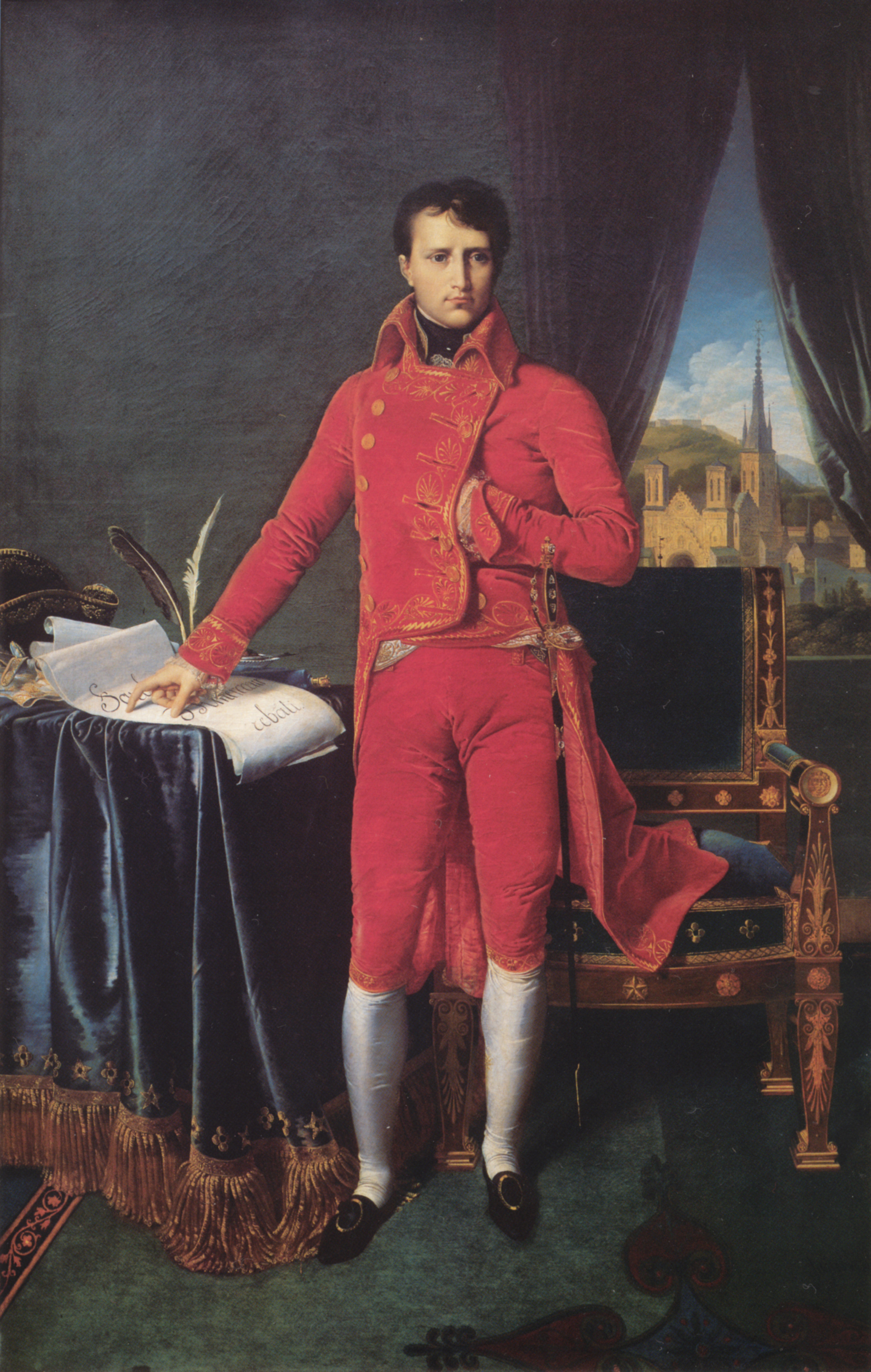 When Napoleon visited the (Belgian) city of Liege in 1803, it was devastated by an Austrian bombardment. He decreed an amount of 300.000 Francs for the reconstruction of a suburb. To not let them forget his generosity he also promised them a portrait of himself. He commissioned no less than five painters to paint a portrait and Ingres was one of them.

As Napoleon didn’t have time to pose for it (lands to conquer, battles to win) Ingres based it on another portrait, Jean-Antoine Gros had painted in 1802. He kept both the classic pose (the hand in the jacket) and the depiction of the signed decree. He added, however, a view on the Liege’s St. Lambert’s Cathedral. Ingres portrait went to Liege where it still can be seen in the Curtius Museum. The other four portraits went to Antwerp, Dunkerque, Brussels, and Ghent (Modesty was not one of Napoleon’s qualities).