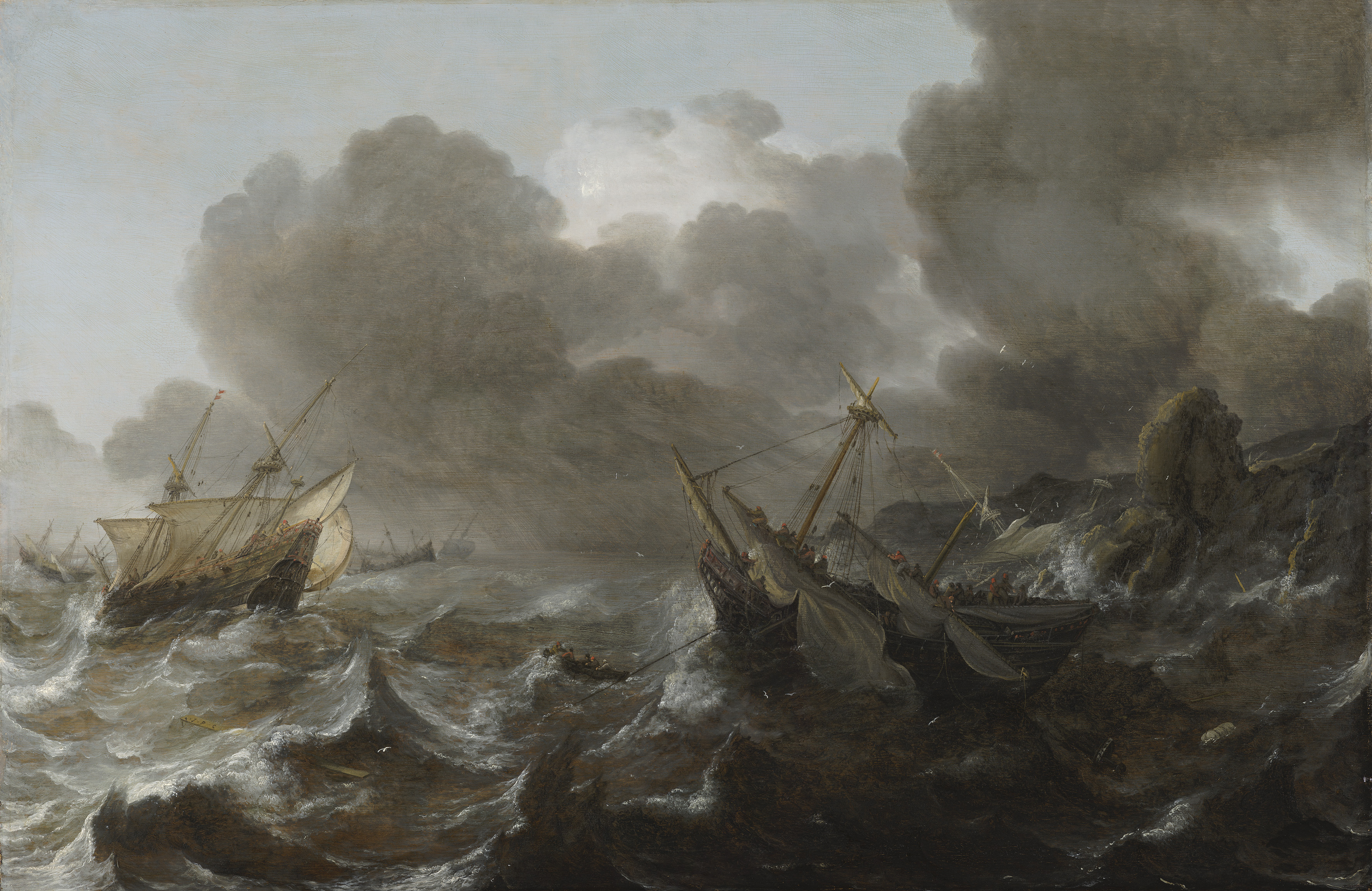 The Netherlands was hit by a severe winter storm today so let’s look at a fitting painting. The Frans Hals Museum acquired ‘Ships in a Storm’ in October of last year.
Porcellis was a celebrated marine painter in the 17th century and this is one of his early works which he painted in Haarlem. Porcellis specialist Dr. John Walsh said of this painting:

“It was in Haarlem that Porcellis began to paint seascapes with truly convincing effects of weather and atmosphere. Shipwrecks, like this especially fine one – bleak and violent in sea and sky – gave his audience shivers, and plenty to think about: fortunes were made in ships like these, but some went on the rocks, helpless in the grip of God’s power.”