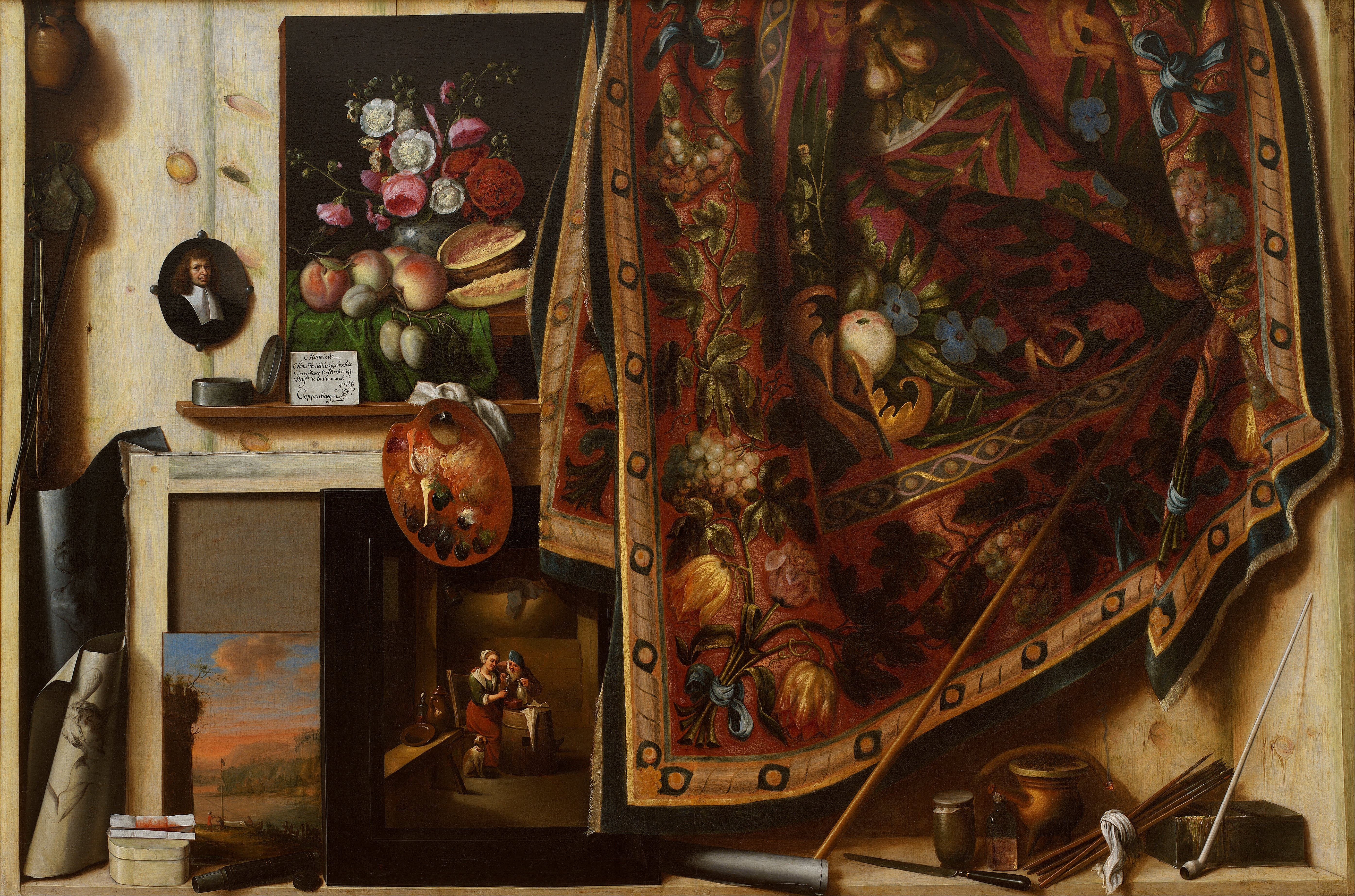 We don’t know much about Gijsbrechts, except that he was Flemish and was born in the 17th century. We do have an idea of how he looked: the small portrait on the left is probably a self-portrait. The little not next to it reads “Monsieur/Mons Cornelius Gijsbrechts/Contervijer v. Ihr Königl/Mayt von Dannemarck/Copenhagen”. This is another great example of an early attempt to trick viewers into seeing a 3d scene instead of a 2d painting (an image on Facebook doesn’t do it justice).