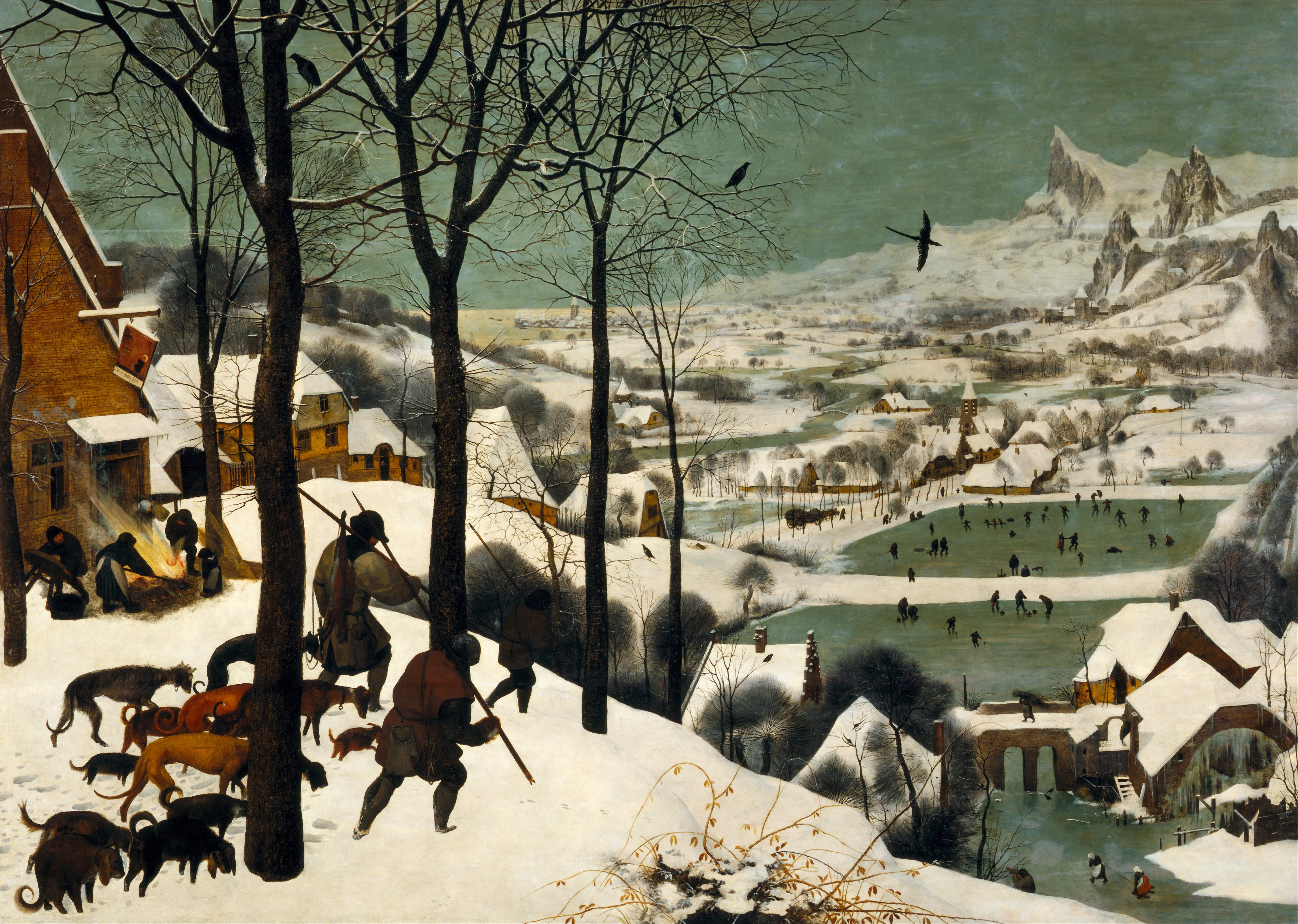 Somehow the number 100 feels special, so what painting to choose for this occasion? I love the work of Pieter Bruegel and The Hunters in the Snow is one of his best paintings.
The snow-covered landscape, the dark trees with their fine branches covered with ice and all the little details make it a pleasure to look at. There is so much detail that this small image can’t do justice to it (especially when you watch it on your phone; try zooming in).

There is the group of hunters who gave the painting its title. The hunt hasn’t been a big success as only one of them carries a small fox hanging over his shoulders; the rest returns empty-handed. Both the men and their dogs walk with their hands bowed down. As a funny detail, you can see the tracks of a hare just in front of them.
One the ice you can see people skating, sledding, curling and playing ice hockey. The chimney of the farm just to the left of the church has caught fire, and people come running with ladders to extinguish the fire before the farm burns down.
The name of the inn on the left is “Dit is in den Hert” (‘This is in the deer’) as we can see on the board that is hanging half loose. It is a reference to Eustachius of Rome, patron of hunters.
The year when Bruegel made this painting -1565- had one of the coldest winters people could remember, and it was followed by even colder ones in the period that is now known as the little ice-age. Although some of the landscape is typical Belgian, the mountains on the right are not. Bruegel had crossed the Alps to visit Italy and perhaps he added the mountains he had seen there to emphasize the identical weather condition.

It is also one of the few paintings that have been shown in detail in a movie; the Russian science fiction movie Solaris by Andrej Tarkovskij (1972).