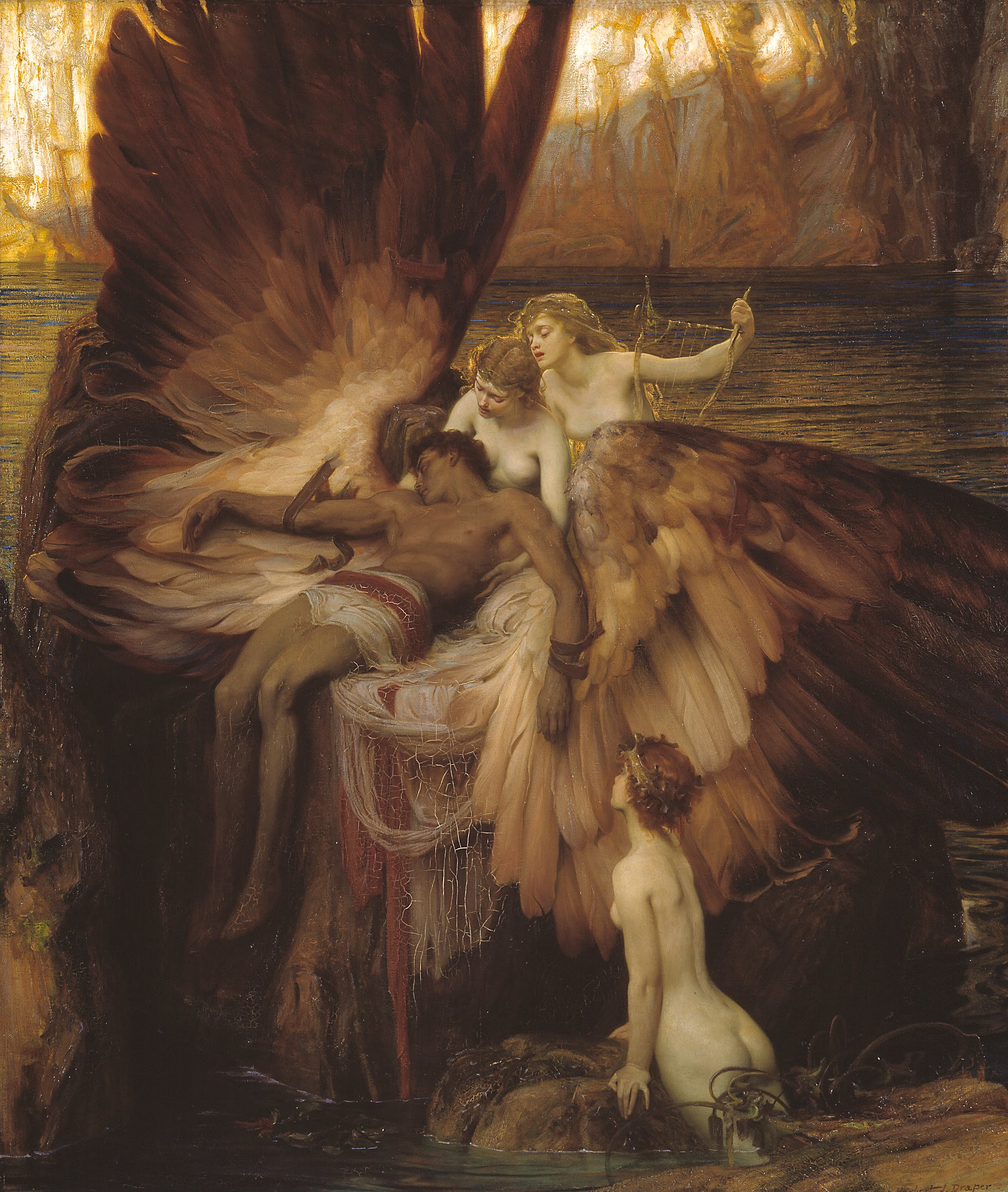 Mythology has always been a popular subject for painters (and their buyers), but for some reason, there are only a few paintings depicting the story of Icarus. It would make an interesting study as to why Icarus gained in popularity over the centuries because nowadays most people know his story even if they don’t know anything about mythology. It probably has something to do with Icarus being used as the prime example of the hubris of humankind.

This painting by Draper isn’t very true to the myth as Icarus fell to earth because the wax holding the feathers of his wings together melted when he flew too close to the sun. Draper made a beautiful composition of the dead Icarus with his wings intact, lamented by the nymphs.