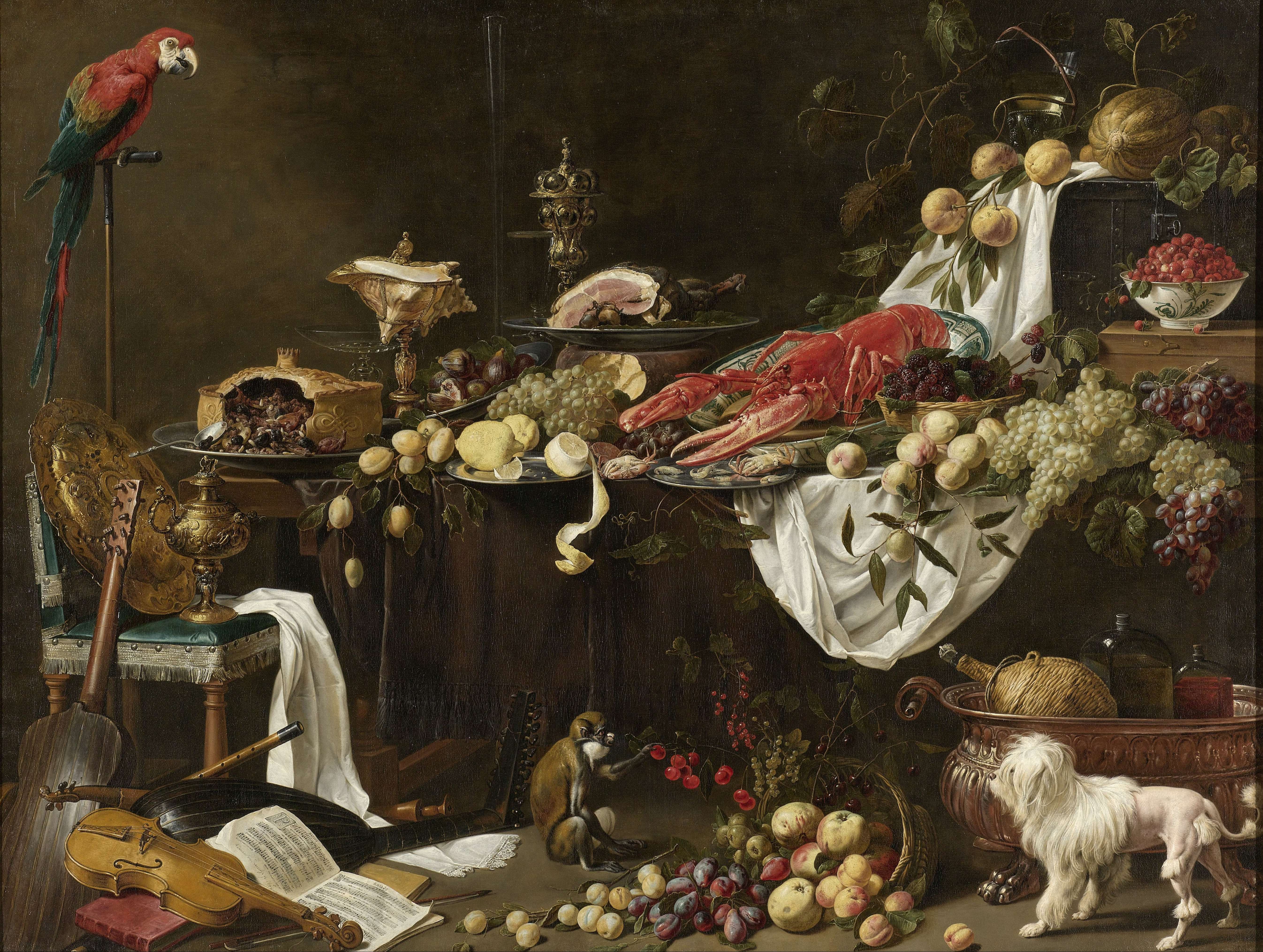 Pronkstilleven is Dutch for an ‘ostentatious’, ‘ornate’ or ‘sumptuous’ still life.

Imagine yourself standing in real life before this scene. Even today the items you see are either rare, expensive, or both. In 17th century Holland, they were even rarer and more expensive. What you see is a very casual arrangement of animals, meat, shellfish, fruit, alcohol, and musical instruments. It almost looks like someone took all the expensive stuff from all over the house and put together in a hurry to paint it. The pie is opened up (the silver spoon still lying beside it) but not to be eaten but to show its rich content. We see all the musical instruments but not at their best; they lie on the ground, or we see only the back of them, and one of the snares of the violin is broken.

Although they are usually interpreted as a form of vanitas painting that conveys a moral lesson, this one shows little trace of it. The owners of this wealth may not really appreciate it, but there is nothing that shows this is wrong or misguided.