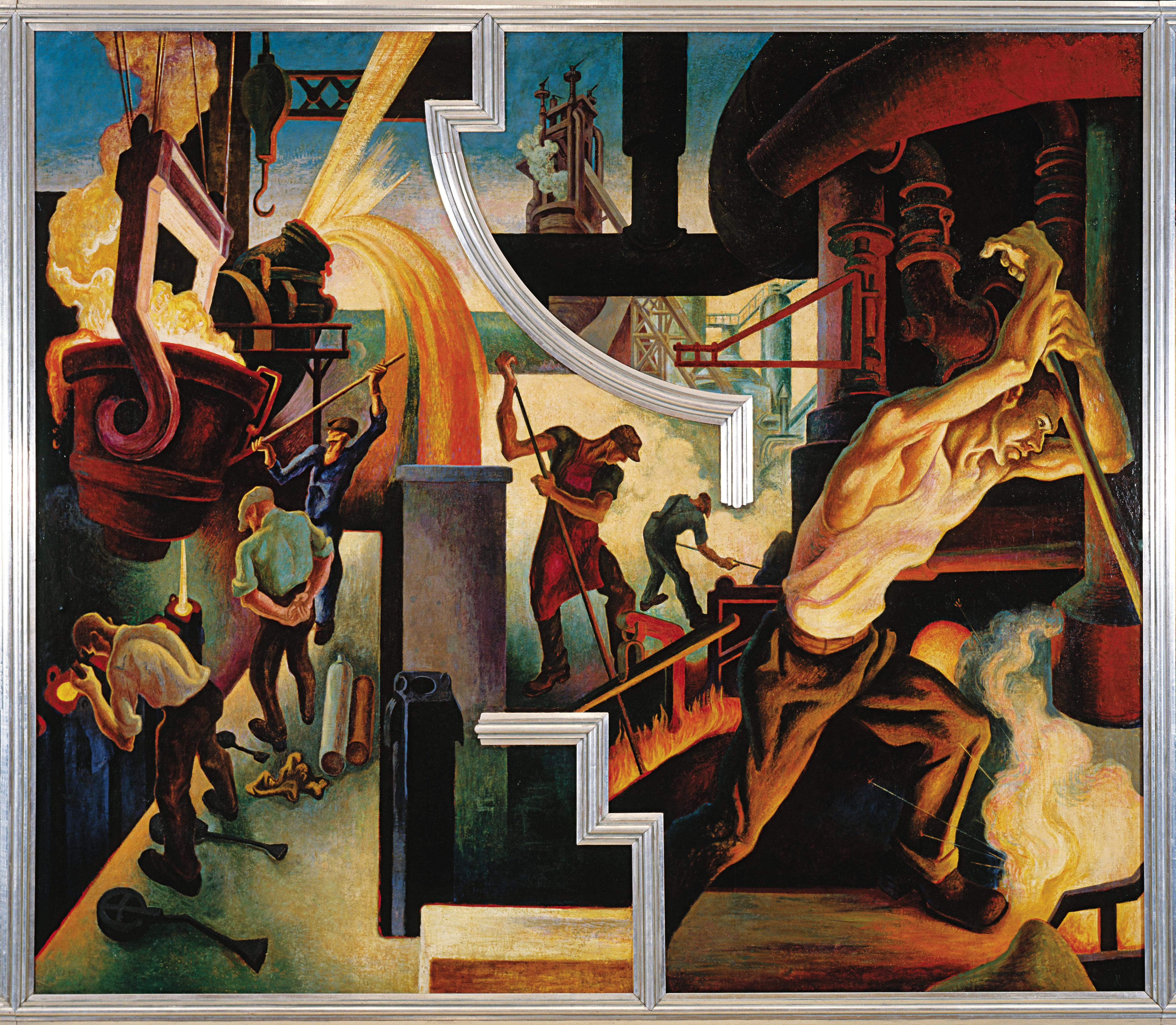 To be honest, I had never heard of the American painter Thomas Hart Benton. I came across his work by accident while looking for a painting of factory work, and in the end, it was hard to choose today’s daily dose because I like them all.
In the 1920s Benton made a series of ten paintings (murals) called America Today depicting daily life at the time, most of them related to work. His painting of work in a steel factory is one of them.

Benton wrote about steel in his autobiography:

“All that was romantic and aspiring in the American Spirit found its expression in steel. The outreaching railroad lines, the great bridges, the engines, the ships of that expanding exploitative period were converging when I reached Chicago, towards its final expression, the skyscraper”.

For Steel, he visited the Sparrows Point plant in Maryland then owned by Bethlehem Steel;

“I stuck my nose into everything. Under the flying sparks and in the metallic din of opening blast furnaces I have tried to draw running steel while the hunkies kidded me and the company guards looked on, wondering what hat got into the bosses’ heads that they should turn a ‘nut’ loose in the plant”.

The result is a powerful painting of steel and the workers who handle it.

As an interesting sidenote; Jackson Pollock who was one of Benton’s students at the time of the painting may have been the model for the steelworker on the right.