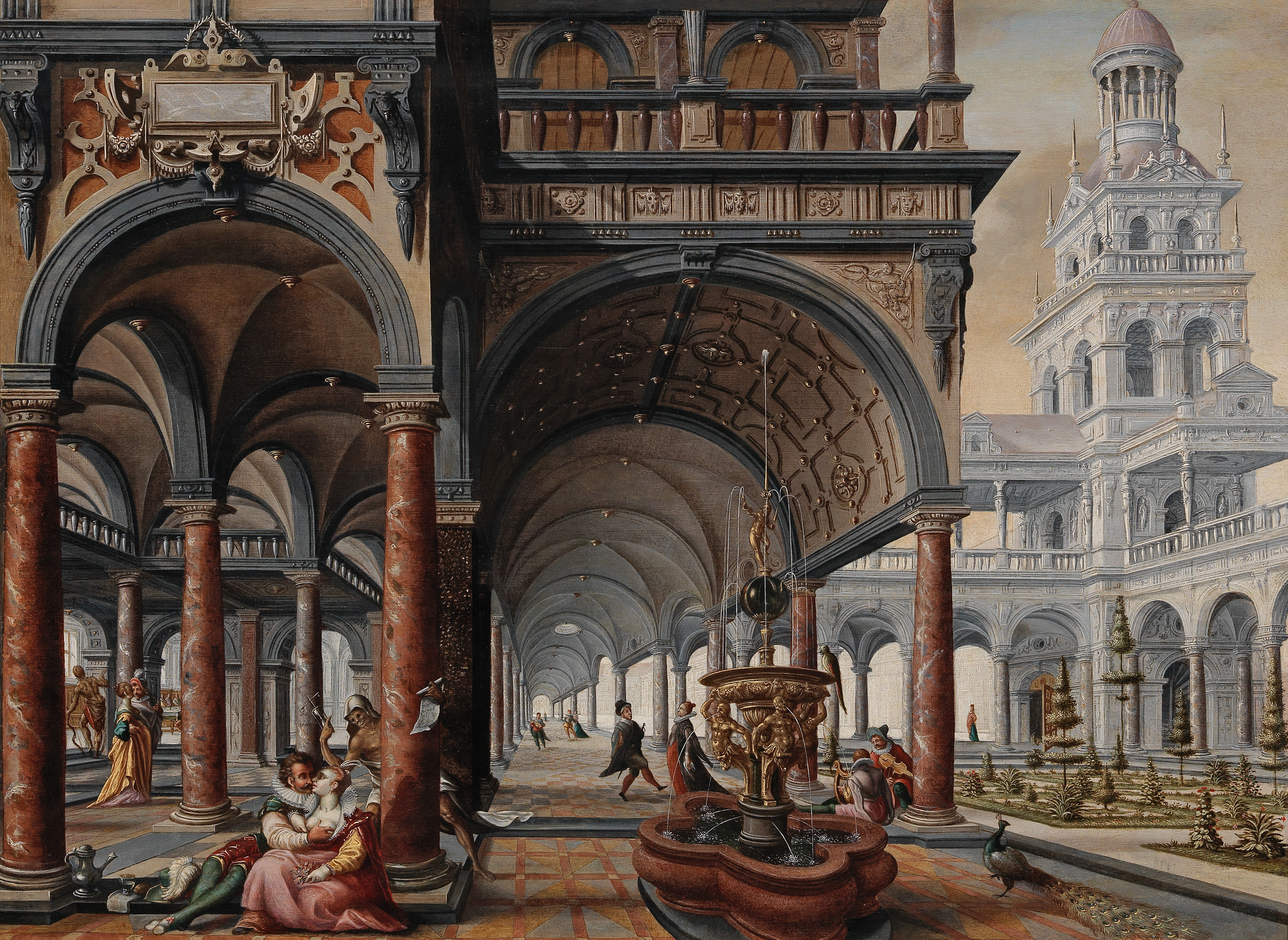 Little is known of Aerts; he was probably born in Mechelen (Belgium) between 1565 and 1575 and the few paintings that are preserved all have an architectural theme. Something he was obviously good at. as this painting shows.

An allegory is “a story, poem, or picture that can be interpreted to reveal a hidden meaning, typically a moral or political one.” In this case, the meaning isn’t very hidden; a couple in love is sitting with death lurking behind the pillar.

If you look at the composition, it is clear that Aerts main theme is the architectural splendour of the buildings. The human figures are all placed in the distance or near pillars as to not distract us too much from the buildings.

Paintings like this one are rare, probably because there wasn’t much demand for them in a time where biblical/mythological scenes and portraits were much more preferred. Some painters of this period incorporated architecture in their paintings (it is, after all, a good way to show your craftsmanship in detail and perspective) but most found that real craftmanship lay in painting the human figure. And to be fair; if you look closely at this painting, this wasn’t Aerts’s greatest strength.