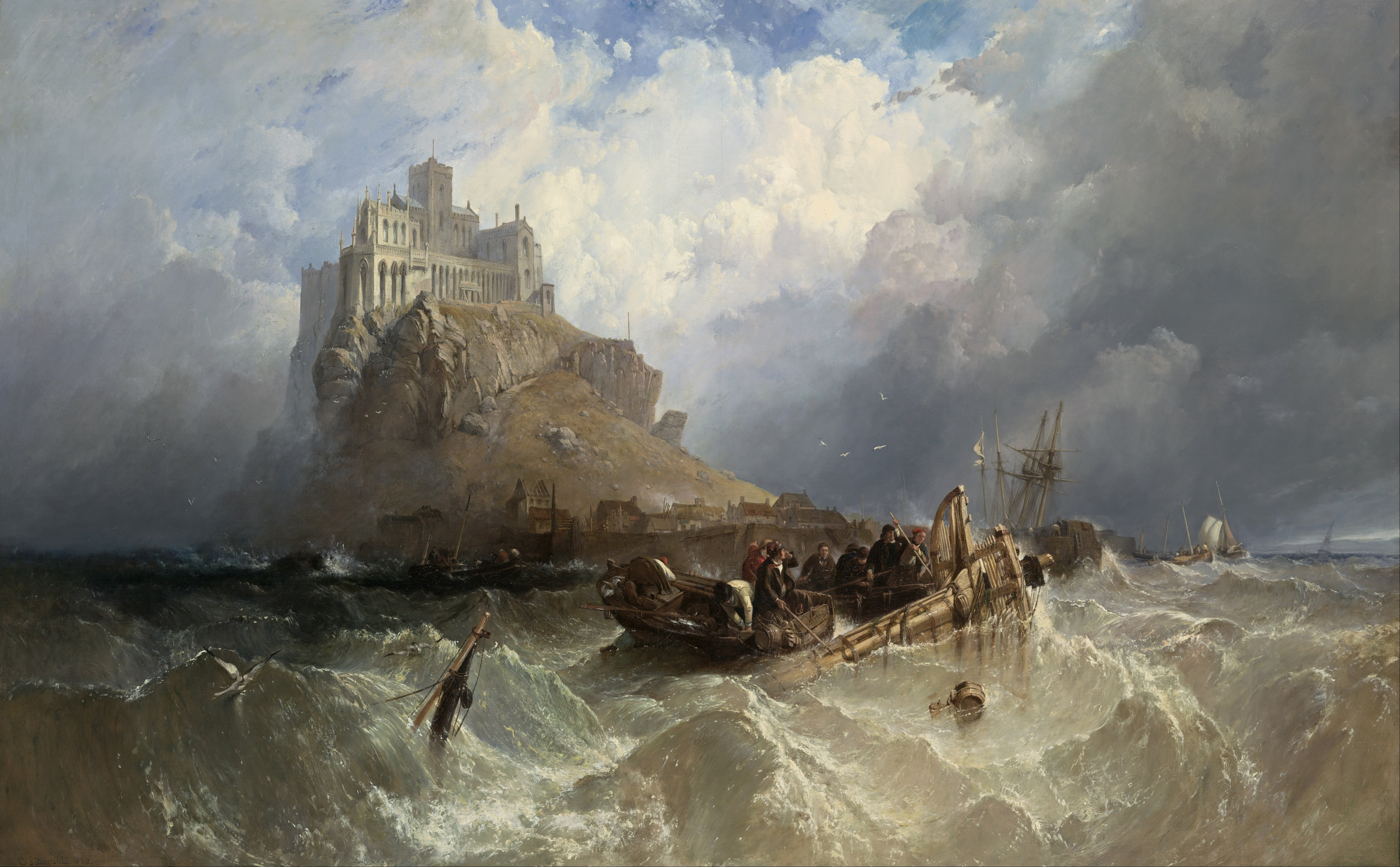 The dramatic lighting focuses both on the shipwreck in the front (a popular theme in 19th-century marine paintings) and Mount Saint Michael in the back. When you look at photo’s of Mount St. Michael (which lies in Cornwall and is accessible by a stone path at low tide) you can see Clarkson took some artistic liberties to add a dramatic effect to the towering castle. The painting brought Clarkson success as an artist: King William IV liked it so much he ordered two more paintings and this, in turn, led to several new commissions. He mainly painted marine scenes, not surprising given his background as a sailor.