Dante’s description of hell and its sinners in his Divine Comedy (written 1308 – 1320) has had a huge impact on society. It inspired thinkers, writers and of course painters. Originally I wanted to show you a painting by William Bouguereau but Facebook doesn’t allow me to upload the image due to its graphic nature.
The painting by Delacroix has the same theme but has arguably less visual impact. It has some nice details though. The drops of water running down the bodies of the damned are painted in a manner seldom seen up to and including the early nineteenth century. Four different, unmixed pigments, in discretely applied quantities, comprise the image of one drop and its shadow. White is used for highlighting, strokes of yellow and green respectively denote the length of the drop, and the shadow is red. 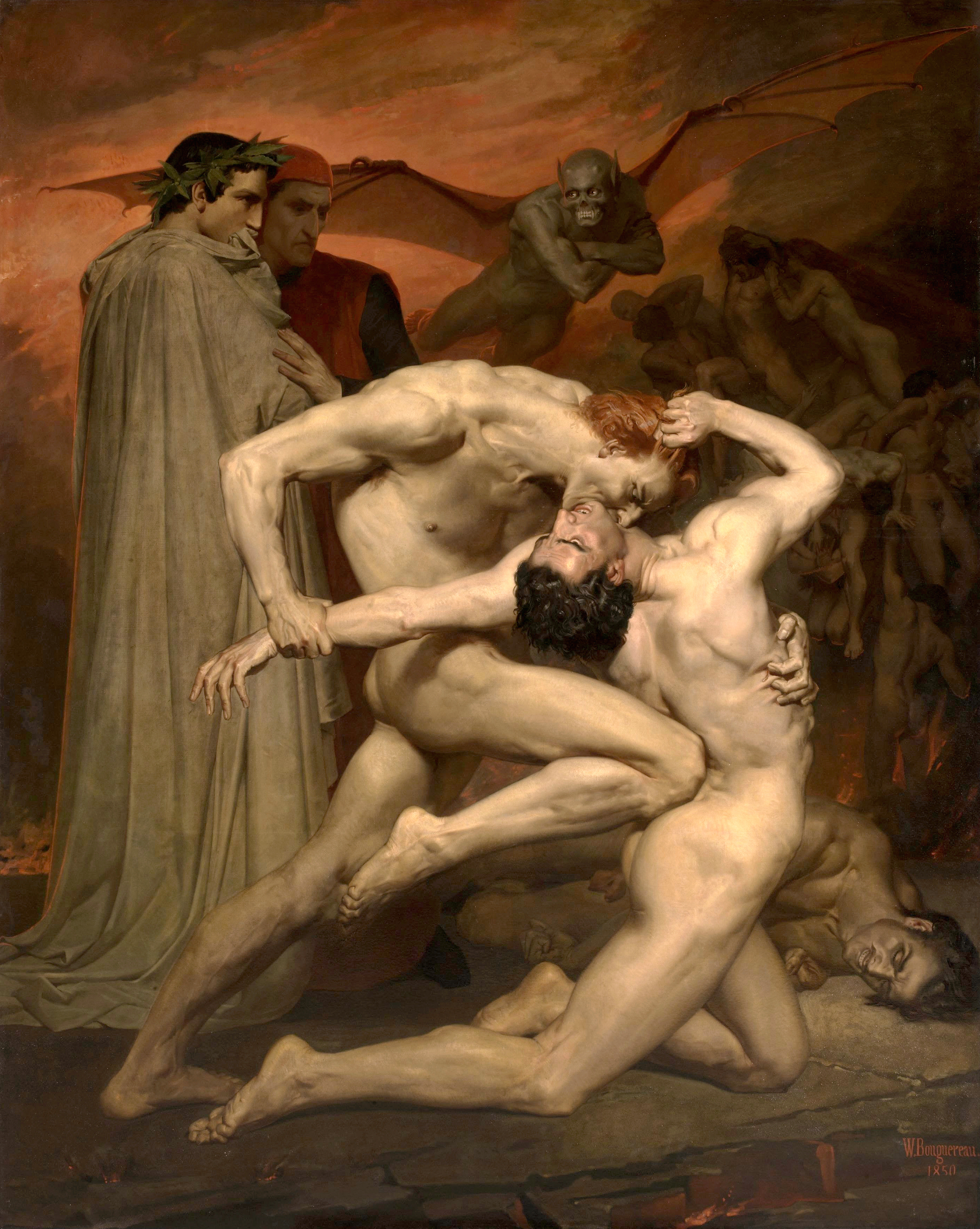