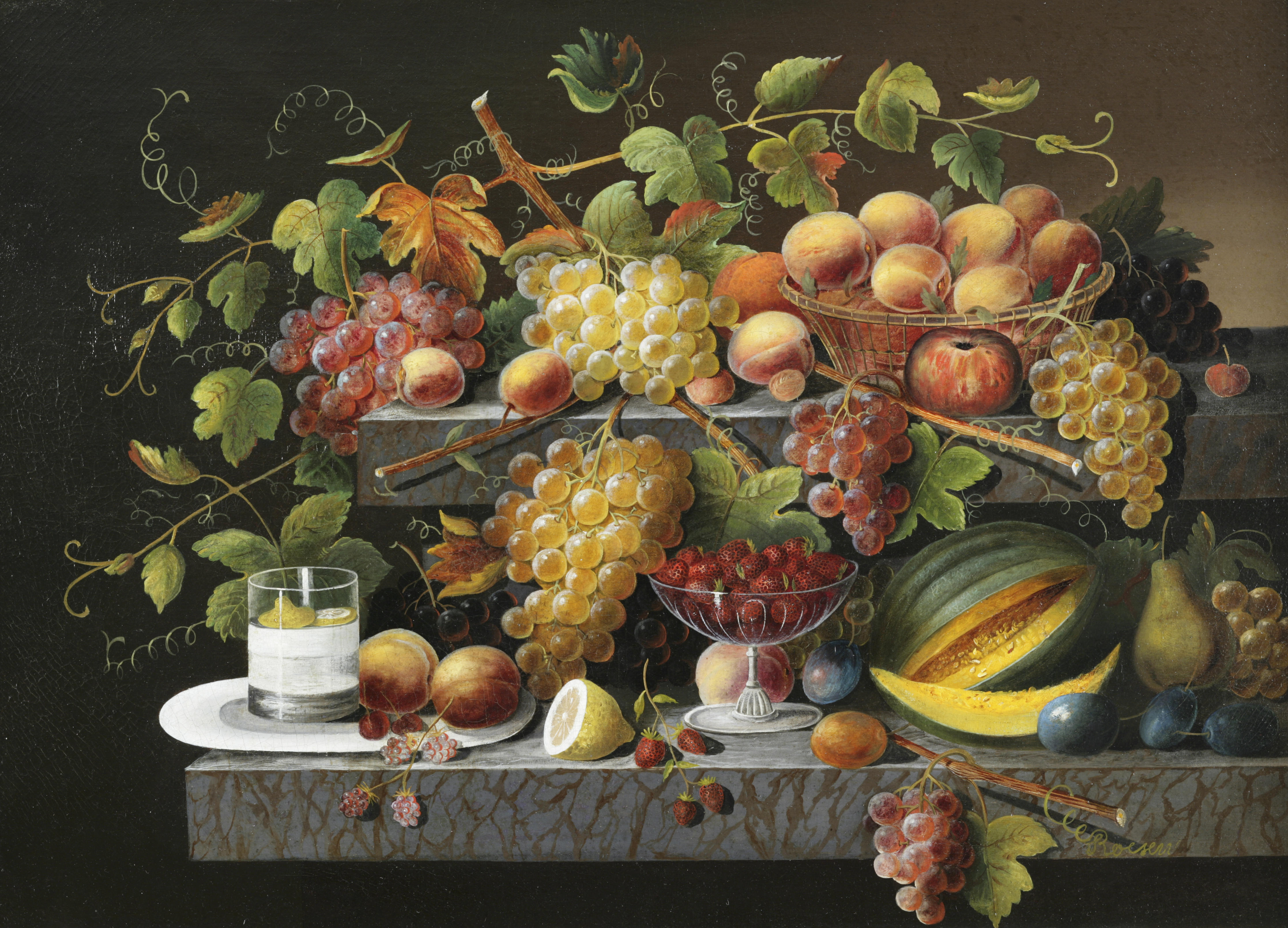 Roesen was born in Germany in 1816 and moved to the United States in 1848. He painted over 300 paintings, most of them (like this one) not dated. They are all varieties on the same theme: still-lifes with fruits and flowers. The reason you probably never heard of Roesen is his timing. Still-lifes were popular in the 17th century when the Dutch and Flemish painters elevated them to an art. Chardin added a final touch in the next century and after that realistic still-lifes would never add something extra to what was already done. Sure Roesen’s fruit looks good, but certainly not better than 2 centuries before him, so what was the point? There was a market for them however and he painted what his customers liked:

“His studio was much frequented by his friends, who would sit all day with this genial, well read and generous companion, smoking his pipes and drinking his beer, and he was seldom without this beverage. . . . In one corner of the finished painting would always appear the faint outline of a beer glass, and when a customer objected to its presence, he would say, ‘Why, do you not like beer?’ and then take it out”.