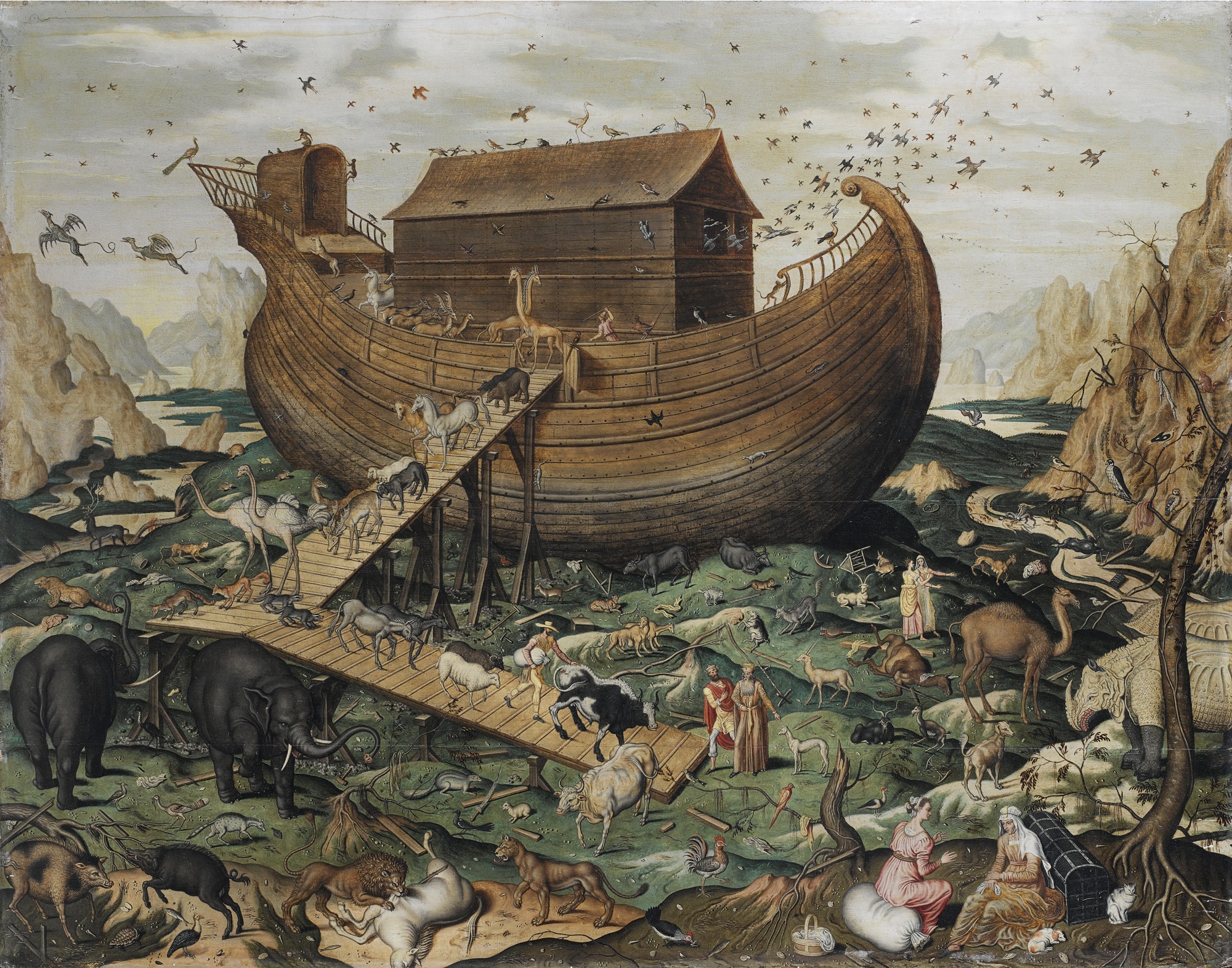 This is the only known painting of Simon de Myle, of who we know nothing. It is signed with Simone de Myle inventor et fecit 1570, inventor et fecit being Latin for invented and made it. It has some popularity on the internet due to its subject; Noah’s Ark. And to be fair, it is a very nice depiction of the story, and as expected we see animals in pairs leaving the ark after the flood is over.

Sure, we see dragons flying and a unicorn standing on the ship, but in the 16th-century people still were pretty sure they existed somewhere. As soon as they have left the ark, they pick up their old habit’s, like the lion eating the horse.

And apparently, not all of them have survived as next to the beautiful drawn rhinoceros and dromedary we can see a dead animal lying in a twisted posture just below the two women. 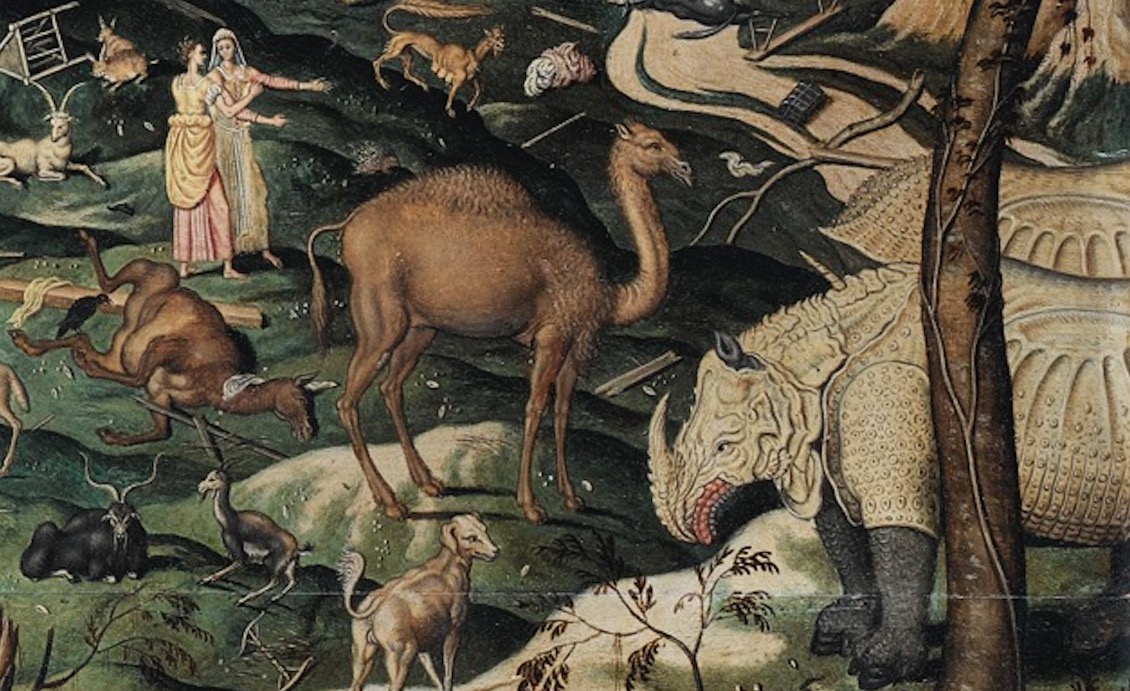 Even now it is a feast to look at all those animals gathered in one painting, imagine how this must have looked in the 16th century.