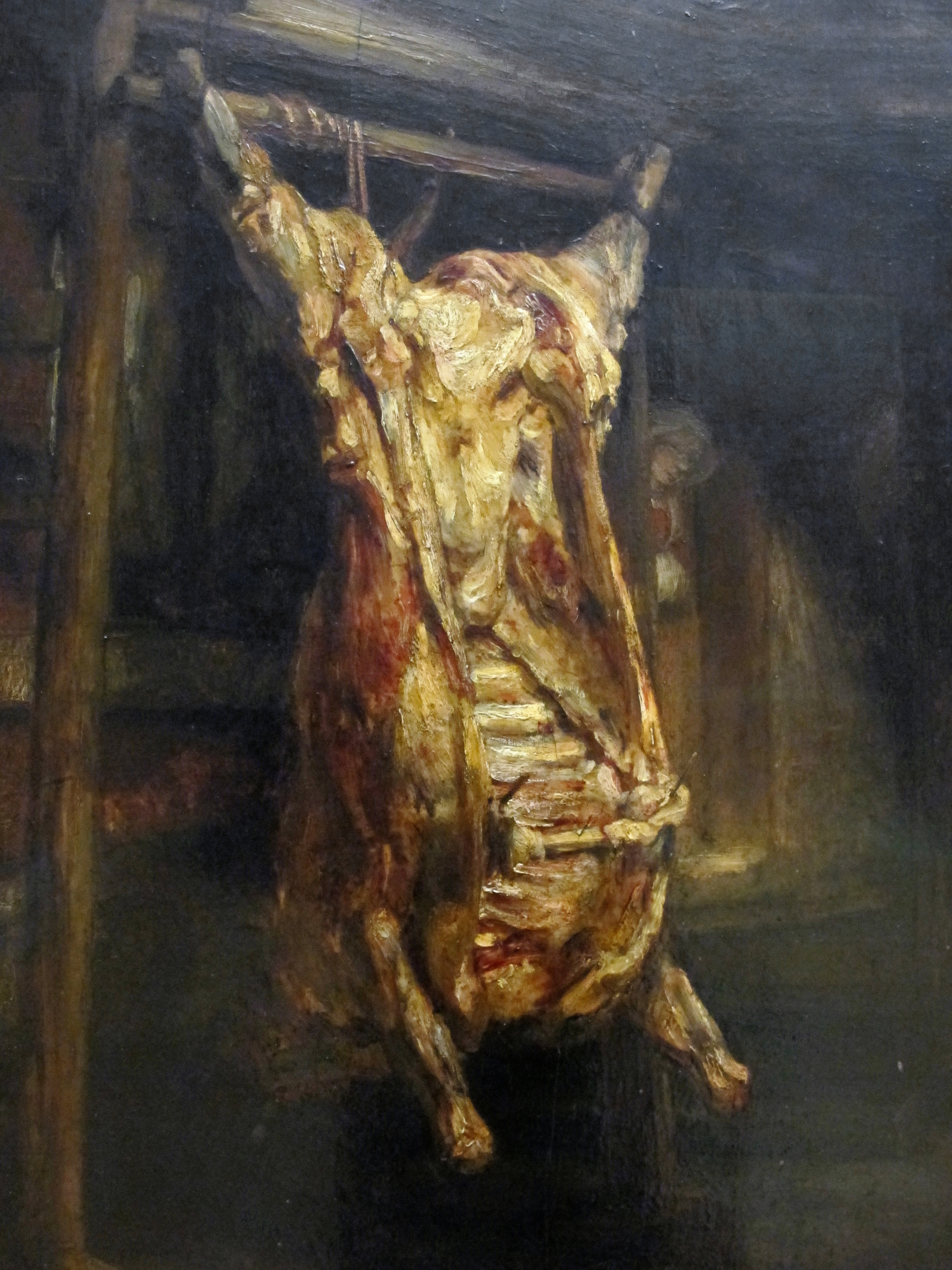 Slaughtered Ox is a peculiar painting by Rembrandt who we all know from his spectacular The Nightwatch. At 95.5 by 68.8 centimetres (37.6 in × 27.1 in) it is relatively small compared to his other works, but what sets it aside is the strangeness of the subject. The ox is hanging from a wooden rack, skin and head removed, only showing its flesh, tissues, fat and bones. It takes up so much of our attention it is easy to miss the woman standing in the door opening in the background.
Interpretations have varied; is it a still life, a genre painting, memento-mori or does it refer to the killing of the fatted calf in the biblical story of the Prodigal Son or even the crucifixion of Jesus himself? Fact is that Rembrandt made a drawing of a similar scene around 1635 and a number of other versions from around the same time-period and attributed to Rembrandt or his circle exist.

Whatever his reason for painting it, it remains an intriguing painting that centuries later inspired others like Chaim Soutine and Francis Bacon to make their own version.