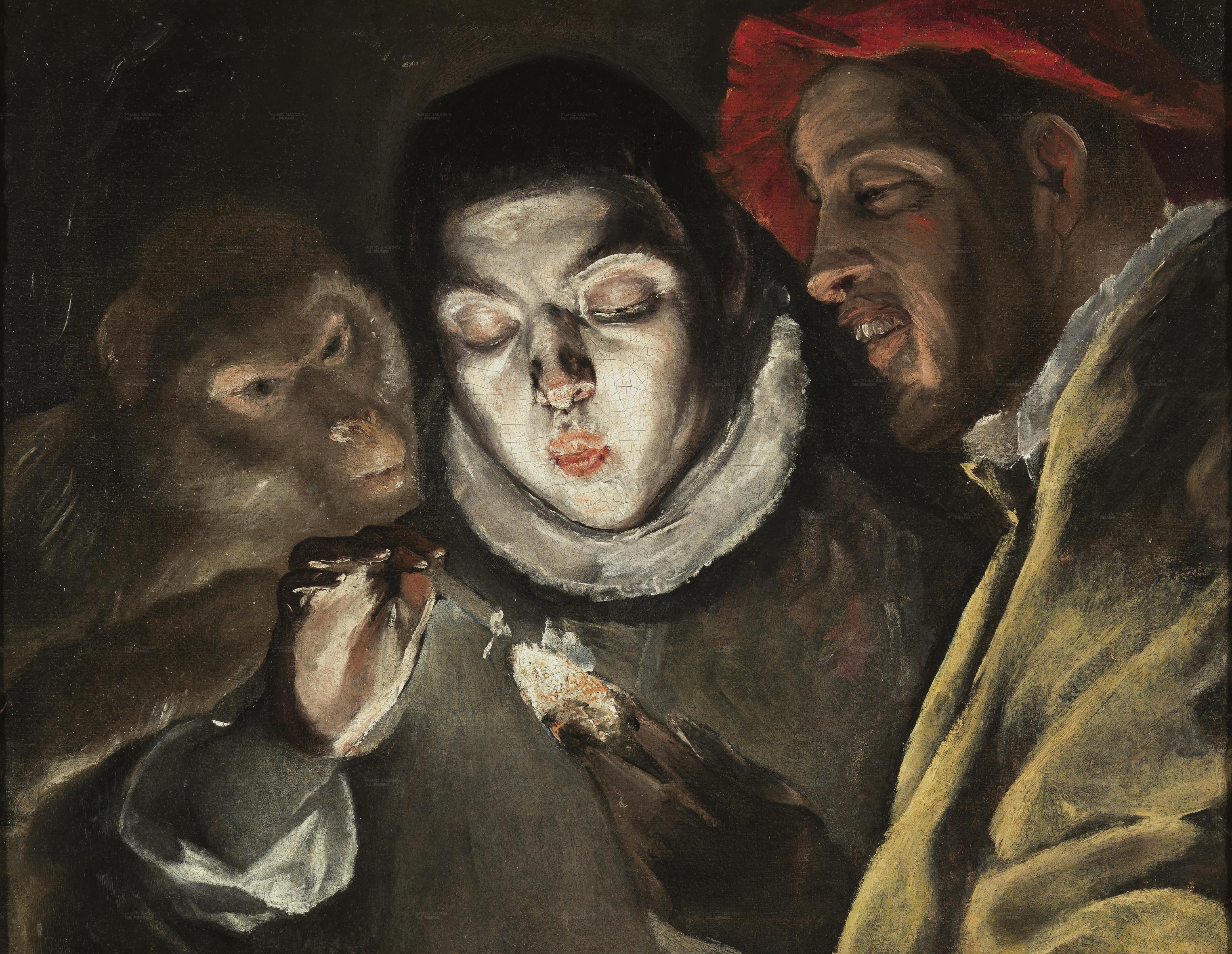 The Prado (where you can find this painting) describes it as follows:

“This scene of a young man blowing on burning embers was already developed by El Greco in Italy. Here, the motif is complicated by a mischievous young man and a monkey. This possible allegory of sexual desire may also be inspired by a classical work that was often used at that time, Pliny the Elder´s Natural History. The lighting effects and color contrasts show how the Bassano influenced El Greco, who may have seen their work in Venice.”

El Greco made two other versions of the painting (one in Edinburgh and one in a private collection). They vary in detail and colour but the scene is exactly the same. The National Galleries Scotland describe their version as follows:

“The intense light and deep shadow enhance the air of mystery around the boy lighting a candle, watched closely by a monkey and grinning man. The monkey may refer to the artist’s skill in aping nature, especially in flickering light effects. However, monkeys often symbolised vice and the grinning man may represent folly. The kindled flame could suggest the arousal of passion. The painting, therefore, may be intended to convey a moralising message against the base and foolish instinct of lust. “

Notice the multiple uses of ‘may’ and ‘possible’ in both descriptions. There is no 16th-century text to explain any deeper meaning (if there was any) so we are left with the consensus that it is “an allegory with some sort of moralising intent.”, which doesn’t clarify anything,