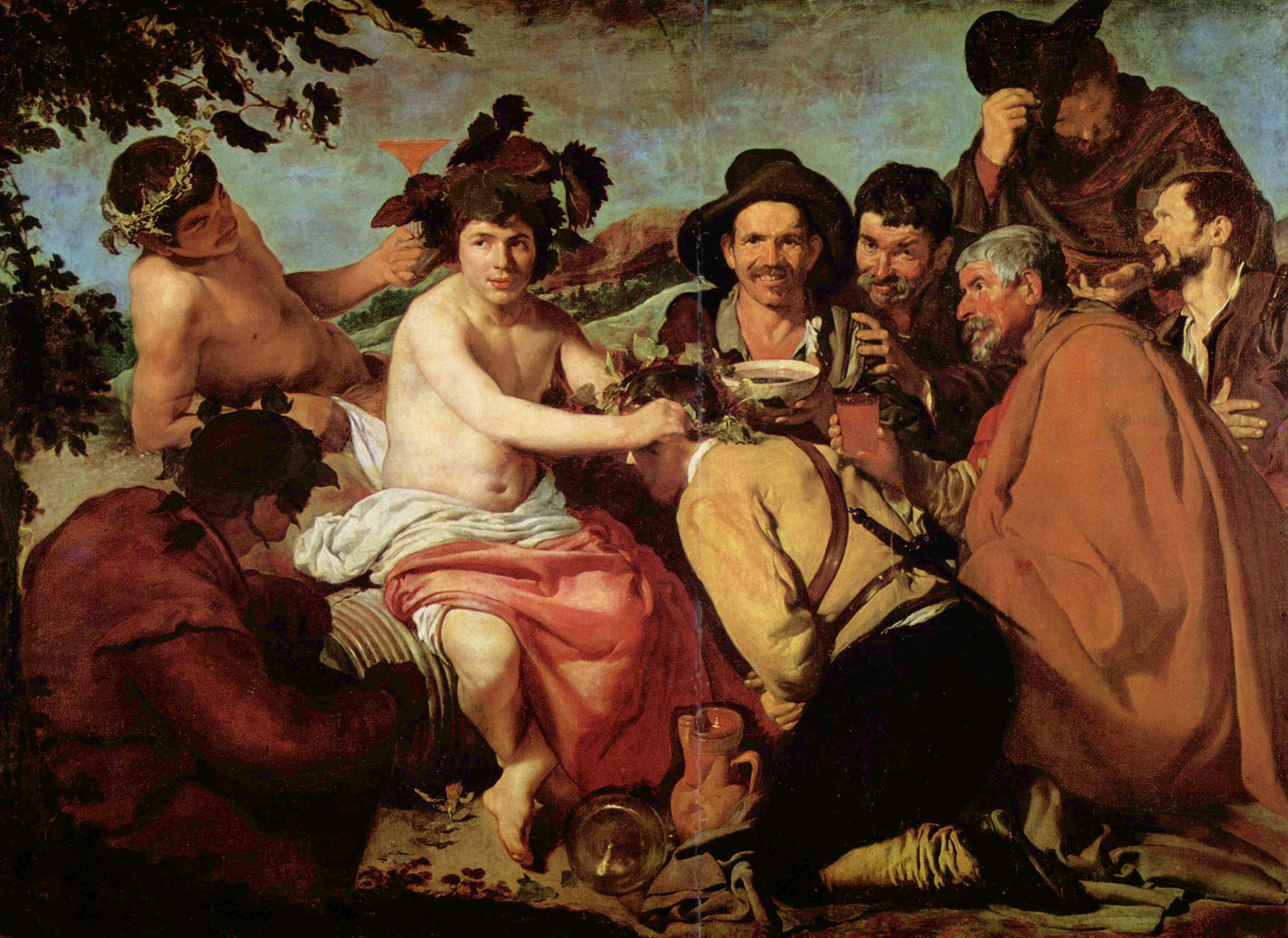 Painted in the same year as yesterdays painting the subject couldn’t be more different. Instead of a biblical scene, this painting is a mix of idealized mythology and (social) realism. On the left, we see the seated Bacchus, well lit and half-naked. As the God of wine, he offers humans temporary relief of their problems. How that turns out we can see on the right side of the painting where the drunk 17th-century peasants are enjoying their wine. Bacchus is crowning the kneeling man with ivy (said to cool the heat of the wine). While drunkenness is fairly common in paintings by Dutch and Flemish artists of the same period, the Spanish considered it a contemptible vice (calling someone a Borracho -drunkard- was an insult), which makes this Velázquez unique.
Two of the drunks look directly at us, almost laughing in our faces. Which seems fairly unimportant until you realize that it was painted for King Philip IV, who paid 100 ducats for a painting with two drunkards laughing at him.