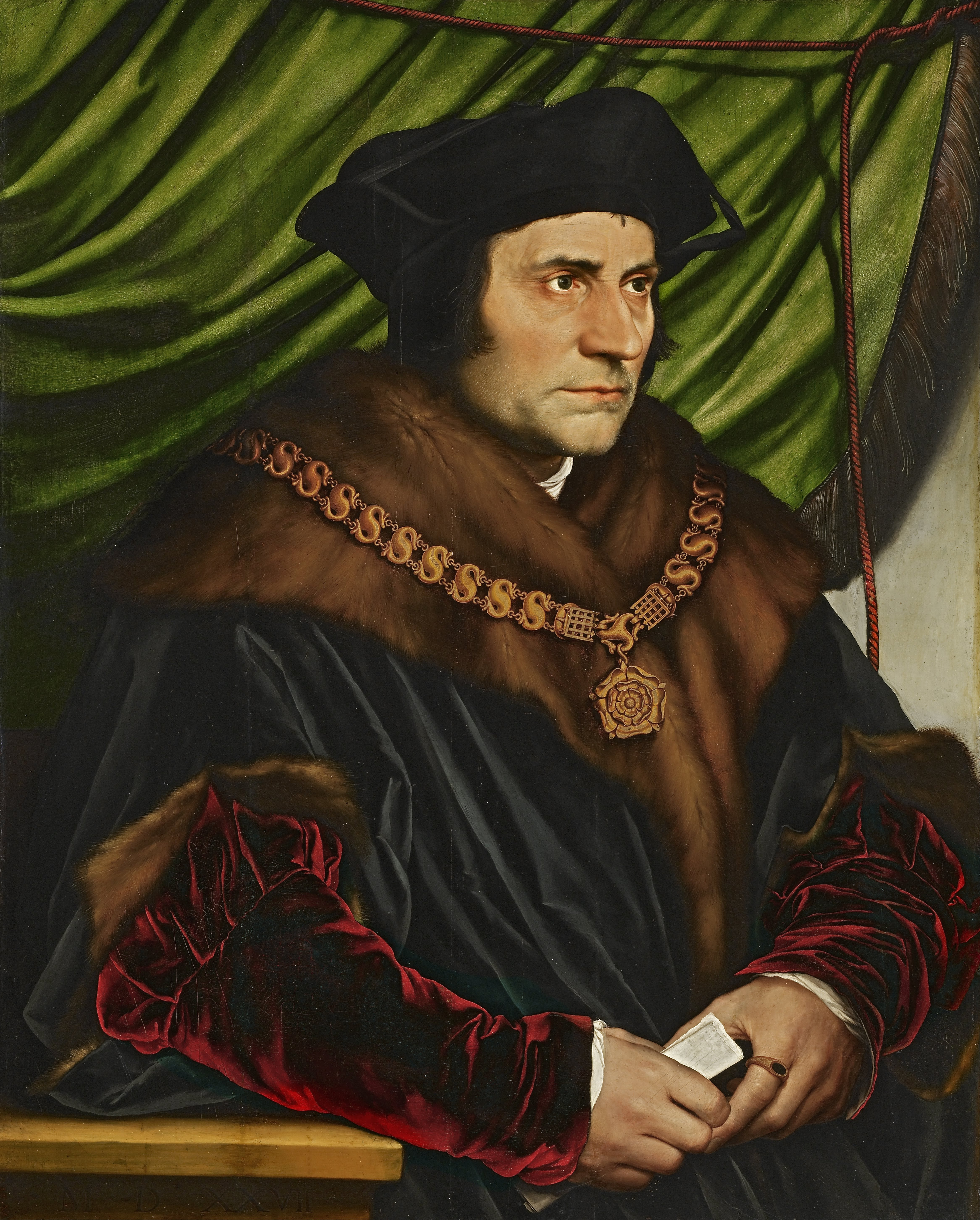 Sir Thomas More is now well known as a scholar and the writer of Utopia, but he was also a statesman and a very principled man. On this painting, he wears his official robes and a Collar of Esses (with the Tudor rose badge of Henry VIII) signifying his service to King Henry VIII. In 1535 he refused to sign an act which would make the King the head of the Church of England (“I die the king’s faithful servant, but God’s first.”). And he was subsequently convicted of high treason and beheaded on July 6th of the same year. And although in the end his principle “God’s first” has cost him his own life, he during his lifetime had used the same principle to convict heretics to burn at the stakes.