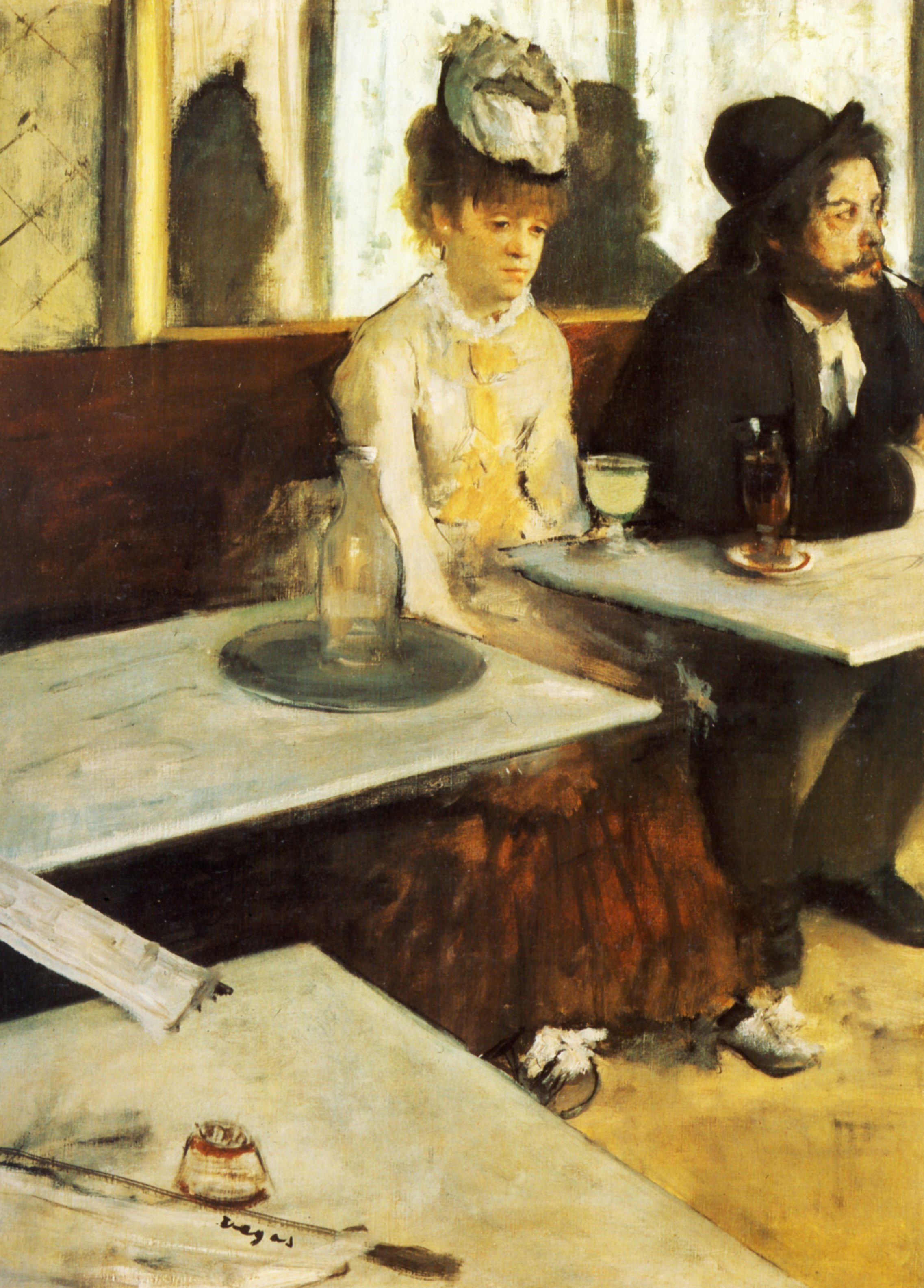 In 1876 French critics didn’t like the painting, and it was immediately put in storage until 1892. When it was exhibited again, people found it even more horrible. In 1893 it was brought to London, but the British public didn’t like it either. The big problem was the depiction of absinth. Besides being a strong alcoholic spirit, it was believed to be a dangerously addictive psychoactive drug and hallucinogen. It was very popular in artistic and intellectual circles (Vincent van Gogh liked it very much). By 1915 it was forbidden in the US and much of Europe including France. Today it is known that absinthe does not cause hallucinations, the effects reported were probably caused by adding poisonous adulterants to cheap versions of the drink.